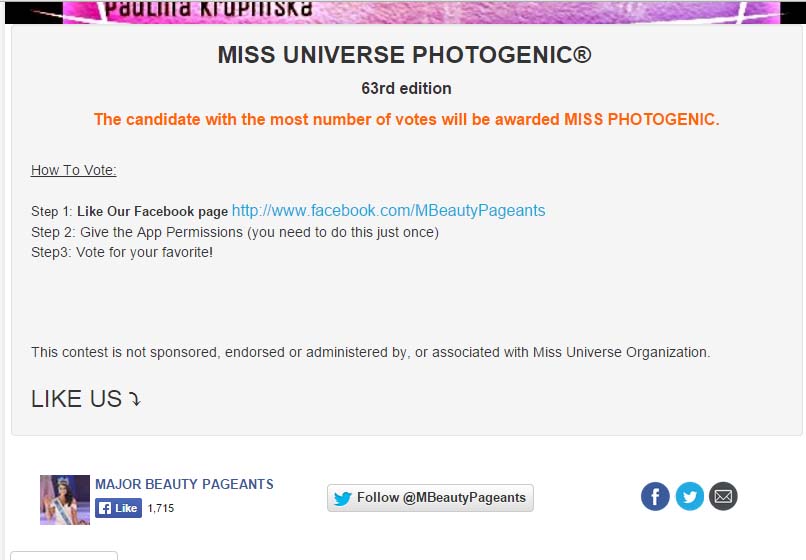 Provienciales, 21 Jan 2015 – Major Beauty Pageants online is exploiting contestants of the Miss Universe Pageant and their fans around the world. Promising to name the contestant with the most votes, Miss Photogenic. Magnetic Media has been bombarded with requests to promote the voting as TCI fans of Shanice Williams believe the voting is linked to the Miss Universe Pageant owned by mogul, Donald Trump. Well it is not.

And right on the website, in fine print it says so… this means the ladies representing their nations in Doral, Florida for the past two weeks and their images are being used for the website to make money off of the enormous popularity and huge traffic flow they will get and have gotten as unsuspecting family and friends visit the site as often as 15 times a day to vote for their favorite girl. Shanice is doing well, over 40,000 have voted for our Grand Turk beauty… but again, there is no prize for Miss Universe Turks and Caicos Shanice Williams at the Miss Universe Pageant as a result of this voting. The Miss Universe Pageant will be carried live on NBC this coming Sunday at 8pm.