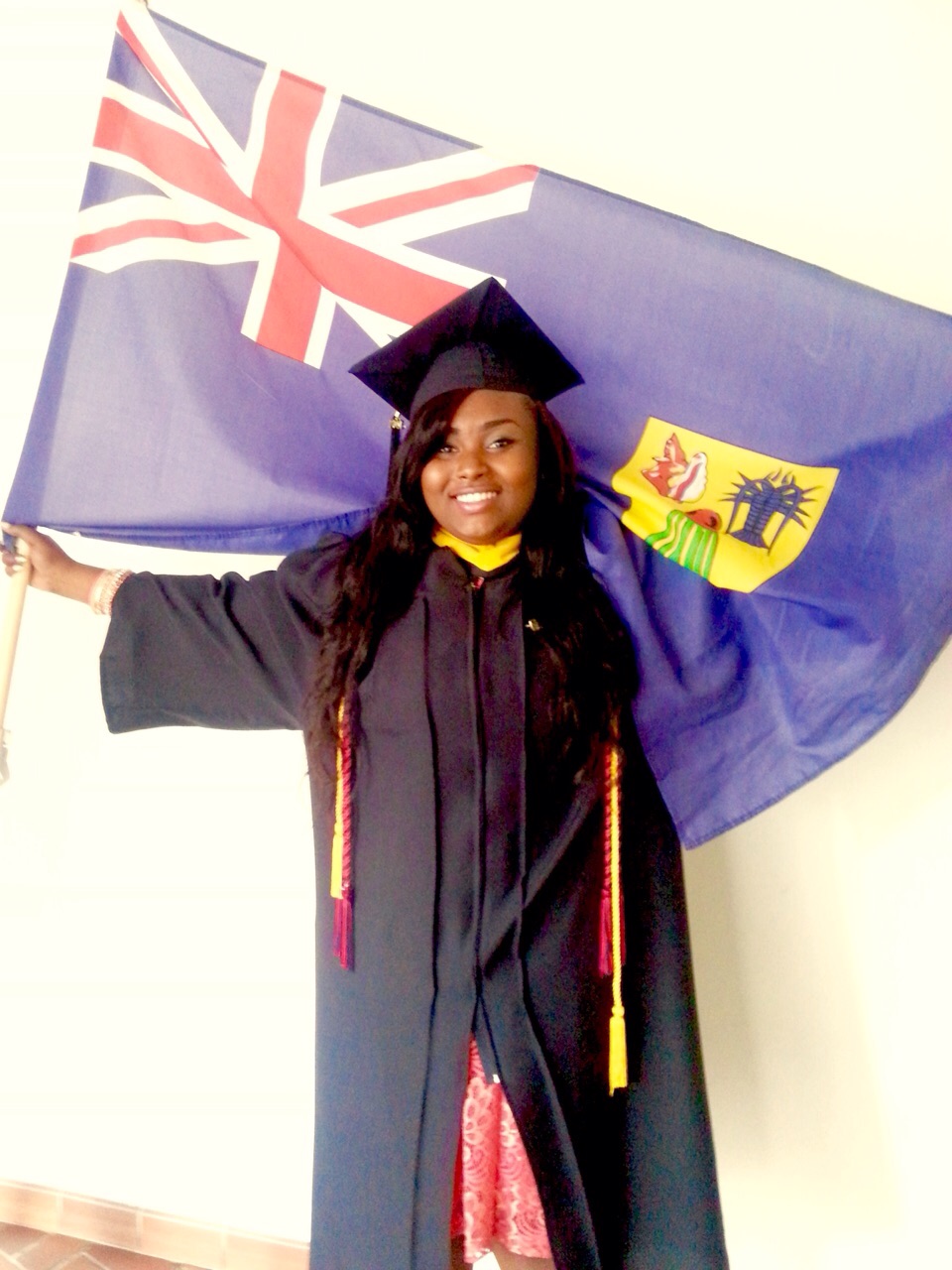 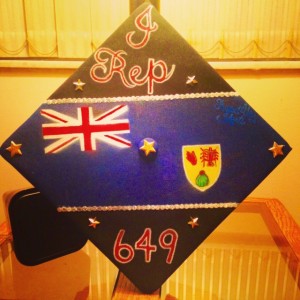 Providenciales, 28 May 2015 – More graduates of the country doing outstanding things, Kayon Cox of South Caicos who last week finished with a 4.0 GPA at Johnson and Wales University in Florida. She was one of the students receiving an academic award for her scholastic performance and is now elected to the National Honors Society of the prestigious institution as a result.

We’ve posted her colorful photos online; Kayon, who is daughter of Marjorie Basden High Vice Principal, Rodney Cox and South Caicos District Commissioner Yvette Cox, tells us she was ‘reppin’ the TCI with a customized graduation cap sporting the nation’s flag and 649 country code, not to mention the super-sized Turks and Caicos flag, she proudly carried – like others from abroad – in tribute to their home countries. She even sent us a little video where the moderator announced that there was a graduate from Turks and Caicos. Congratulations again.