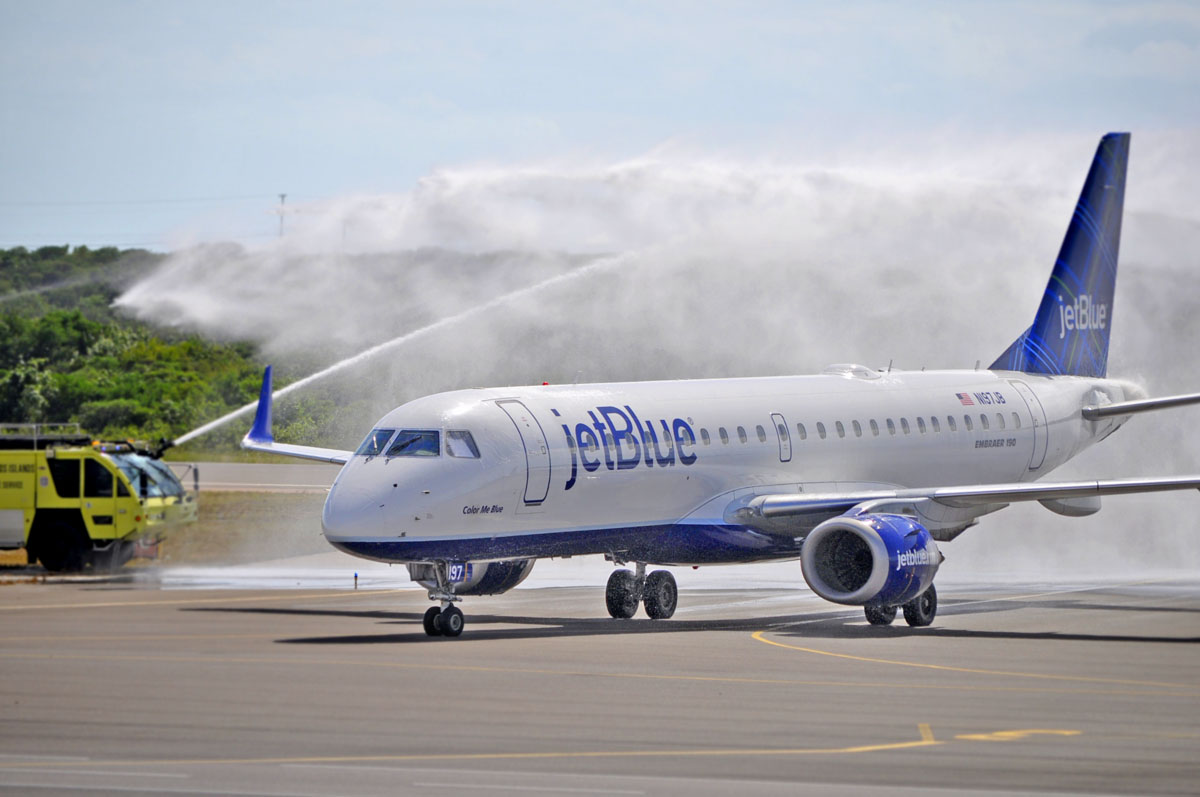 Providenciales, 20 Nov 2015 – A sold out flight, a bodacious cake, water canon send-off from Florida, water canon reception in Provo and hopes of a larger aircraft for the service were signature and surrounding the inaugural flight of JetBlue out of Ft. Lauderdale into Providenciales yesterday. Tourism, hotel and airline officials were on board the plane into Provo, and CEO of the Turks and Caicos Islands Airport Authority, John Smith said already the service is drawing guests to this destination.

John Smith, TCIAA: “Well I can say to you today is that the majority of the individuals on the flight were visitors and I had the opportunity while in Ft Lauderdale before boarding the flight, speaking to several individuals there who were very happy, some of who mused phrases like, it was long overdue and I will not be flying out of Miami anymore. I was driven too by the Hotel Association because a lot of their guests have been asking for this flight.”

In an hour and 20-minutes passengers will arrive into Providenciales, the world’s #1 island on the flight which departs the Ft. Lauderdale/Hollywood International Airport. Currently JetBlue is using an Embrya 190, which seats 100 passengers.