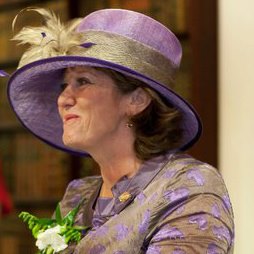 Grand Turk, 17 Dec 2014 – The wife of Integrity Commission Investigator Simon Baker may have just dodged being blacklisted for travel for life; the Chief Magistrate has ruled for charges related to her so called ‘outrageous behavior’ at the Grand Turk airport to be dismissed.

Confirmed to Magnetic Media by the Director of Public Prosecution, Joanne Meloche that Mrs. Lake-Baker decided to enter a guilty plea on two charges; one was dropped. Philippa Lake was facing three counts related to a major security breach at the JAGS McCartney Intl Airport where she claimed there was a bomb on the plane. The UK native was trying to stop the plane because she believed her husband’s sensitive information was on board. Lake’s extreme reasoning was not funny to officers in Grand Turk who eventually arrested and charged her on two counts for breaking through security and obstruction; the latter was withdrawn.

The matter of the plea originated in Grand Turk. The actual sentencing element of the case was heard yesterday morning in Provo. Chief Magistrate Clifton Warner presided. Oliver Smith was Lake’s attorney. A conviction in this matter could have had serious implications for Lake in a post 9-11 world.