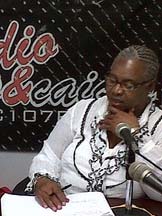 Grand Turk, 17 Dec 2014 – Word is Hon Ruthblackman stood solo on the repeal bill being pushed back to another day for debate; which in the very long distance could have removed the constitutional providiont where a trial without a jury, ie with judge alone could take place in the TCI.

It is a hot button issue.

Some declared interest today. We understand that includes Hon Goldray Ewing and Hon Delroy Williams from the Opposition side. Already declared and so excused from voting were Hon. Washington Misick, Hon Donhue Gardiner and Hon Derek Taylor.

It seems the Party of Michael Misick, the PNP and the others accused has stepped away from this argument significantly. The Opposition PDM is also revealing where it stands in the issue which during the consultative process for the Constitutional Review showed it was one of the most contentious issues arising.

So without the support to delay debate; Hon Blackman was forced to withdraw her bill.