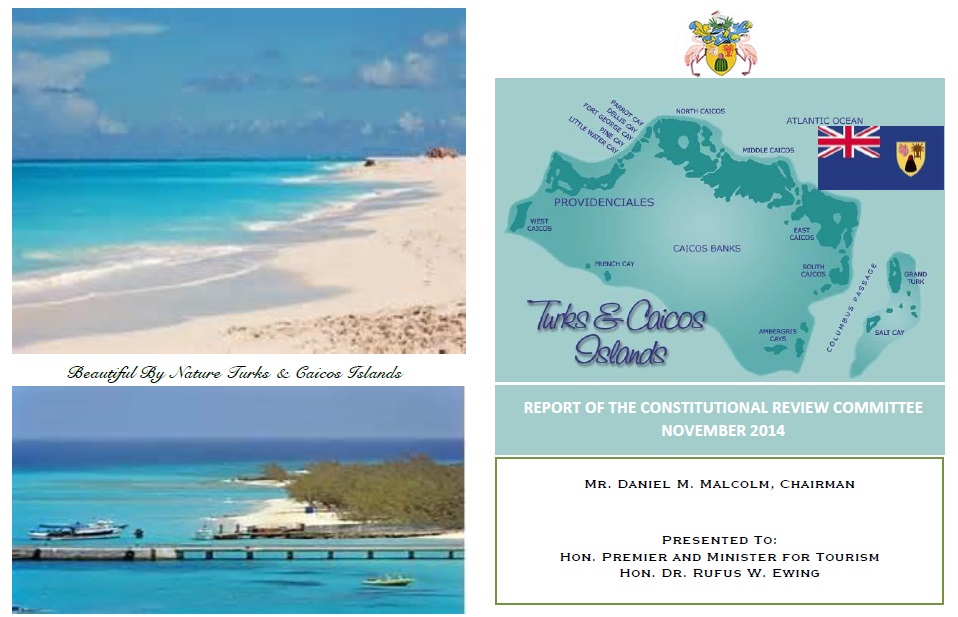 Providenciales, 18 Dec 2014 – The country can now see for itself, the report from the Constitutional Review Committee… it has been published and provided on electronic media. On Monday the Premier, Hon Dr. Rufus Ewing decided not to table the 26 page report; he cited his reason as seeking wider consultation within the public. This change of heart came following a press conference where the report and DVDs of the meetings were presented in bold gesture to reveal to the nation that the work was done; Chairman Daniel Malcolm at that time expressed confidence that the report would receive unanimous support in the House of Assembly.

Mr. Malcolm had said the bi-partisan composition of the Committee coupled with a sincere intent by all to ensure the report accurately reflected the views of those who made presentation to the Committee, had been the reason for the delay in completing the report. In the end, he calls the output fair.

The contents of the Report were discussed with the UK Minister for Foreign Affairs, James Duddridge when the Premier and Governor attended the Joint Ministerial Council meetings in London from December 1-3; and then it was to be onto the House… but the plan was announced as changed on Monday. Some reports are, there is a chance the Premier may still table the report during this final session for 2014. House of Assembly debate resumes this morning. You can view that report for yourself at MagneticMediaonTV.com.