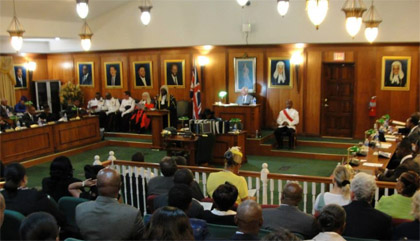 Providenciales, TCI, August 15, 2016 – The House of Assembly is expected to be in session for two days as significant bills are debated; but there are also some anticipated reports due to come including one on the review of salaries for parliamentarians.

In the Opposition Questions, we see the Leader of the PDM is still trying to get an answer on the unemployment rate – she is asking for 2013, 2014 and 2015 figures.

The Five Cays member is also seeking to hear, on the record, Capital works completed for Five Cays and Chalk Sound in past years and any on the drawing board.

Among the bills to be tabled is a budget supplementary and the bribery bill.