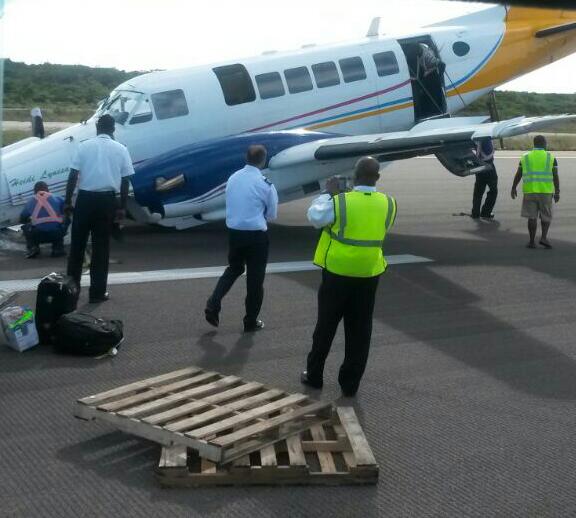 Providenciales, 11 Dec 2014 – The Civil Aviation Authority of the Turks and Caicos is still investigating the reason for that emergency landing at the Provo International Airport by an InterCaribbean Airways flight this past Sunday. The JY141 flight was bound for Grand Turk when it made a return to Providenciales after its front landing gear would not deploy.

General Manager of InterCaribbean, Trevor Sadler on Tuesday explained to Magnetic Media: The cause would be determined and as the findings are made and the matter concluded this would be made available. As we have additional information to share we will be happy to do so, but there is no further findings at this time. There were four people on the flight, which made an impressive landing on Sunday around 1:45pm; two of those on board were ICA pilots.