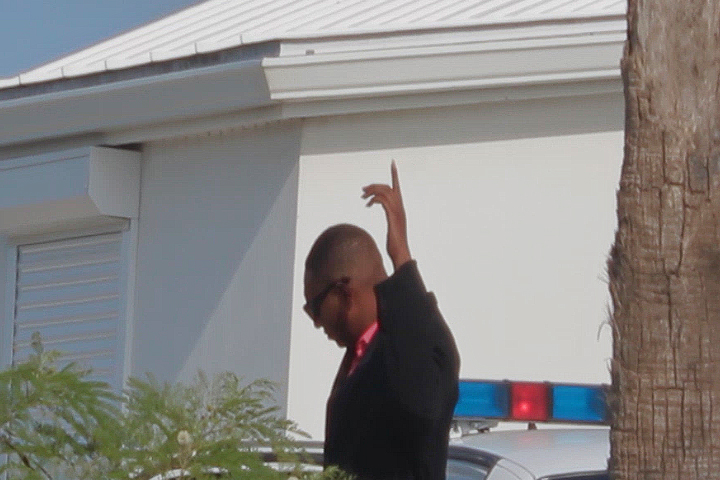 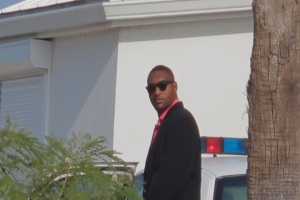 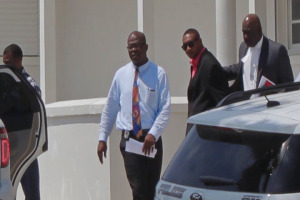 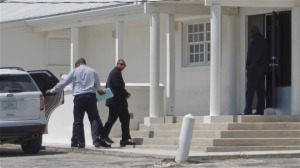 Proviidenciales, 30 Sept 2014 – When 24 year old Mikhail Hinson, suspended police officer and arson suspect arrived at Magistrate’s Court #1 today he seemed in good spirits, even waving and posing for cameras as he entered the court house.

First in the morning, where he was whisked in and out when his court time was pushed back to 12:30pm and then again after 1pm. That second time, the six year member of the police force heard that he would be charged on five counts connected to the shocking fires set on Friday September 26 at the Chalk Sound Police Station.

Many want to know why Hinson would have done what is alleged… he did not speak, but moved deliberately and seemingly carefree giving all media cameras present a chance to film him in a black suit, pink shirt, no tie, wearing dark shades.