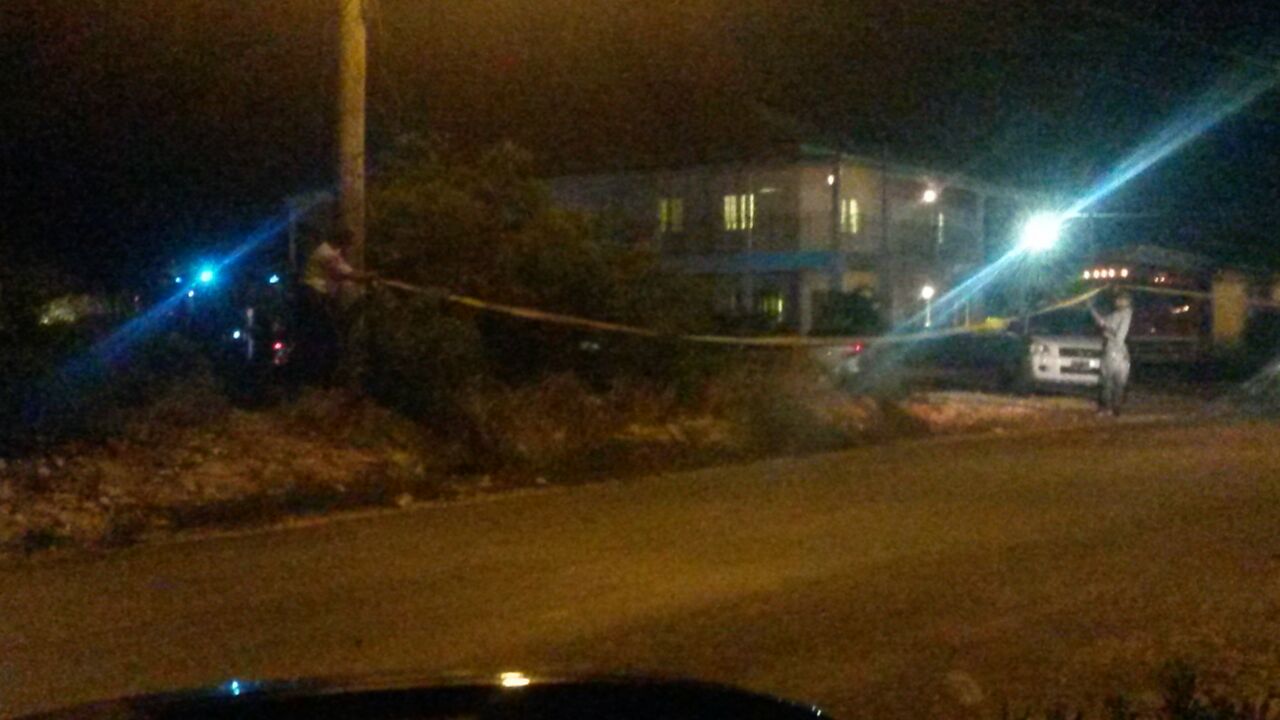 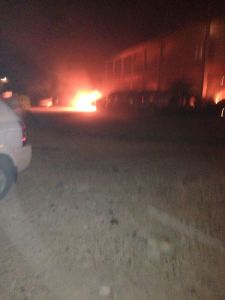 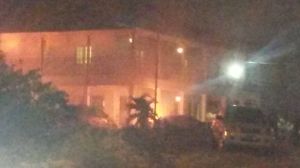 Providenciales, 26 Sept 2014 – A vehicle destroyed in an early morning fire at the Chalk Sound police station; and eyewitness accounts say it appeared to be arson. Among the torched vehicles, one of the new police jeeps and at least one civilian’s car.

Officers on duty were seen scrambling to put out the fires themselves, trying to save cars by moving them and scouring the perimeter of the station in a hunt for who could be responsible. The fires were set along the front and left side of the police station parking lot.

Fire crews were on the scene swiftly but were still unable to save the vehicles, one of the new police jeeps even exploding; we understand the explosion was the tires.

Residents sent us photos of the scene; one shows a vehicle completely ablaze. They tell Magnetic Media that was the new police jeep. The area, eventually cordoned off as a ‘crime scene’ was described as chaotic and scary, with the black smoke flooding the streets surrounding the Chalk Sound precinct around 1:20am.

While early reports indicated that there was no one hurt; there seems to have been at least one police officer treated on site for minor injuries. The ambulance was also at the scene.