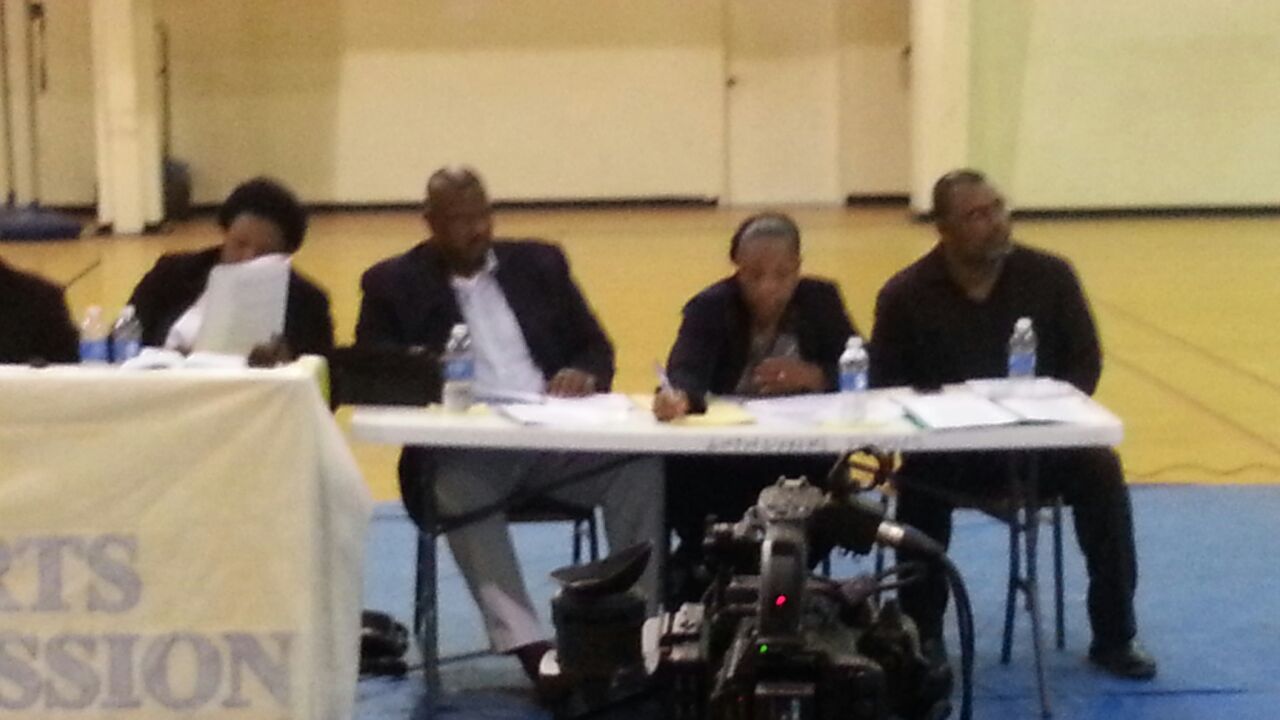 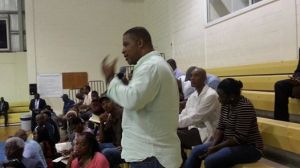 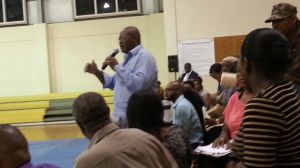 The turn-out in Providenciales was not overwhelming last night at the third Constitutional Review Committee meeting, but the exchange was robust and went until late into the night as recommendations for changes were given to the eight member panel. Among the first to show up at the Gus Lightbourne Gym and arguably most vocal, was former Premier Michael Misick who expressed that he believed the process was unfolding in the wrong order.

Misick’s view? First a referendum giving the electorate an opportunity to vote yes or no on the issue of Independence; and instead of a list of changes to the 2011 Turks and Caicos Constitution Order, a report reflective of the general consensus. It appeared to be unanimous that residents would like to see the role of the Chief Financial Officer, a UK appointed post entrenched until 2016 removed from the constitution. The meeting was split on whether education should be free to all school aged children or just free to Turks and Caicos Islands school aged children.

The ex-Premier suggested there be a senate of non-elected members appointed exclusively by the political parties, he said he does not like the at large seats and believes each island, no matter how small should have direct representation. Mike with lots to say including the view that the Attorney General, should be a political appointment made by the Premier, and should go back to also overseeing the office of public prosecutions… that a Premier should serve the country for as long as the electorate wants him or her; said the two year restriction should be removed… applause coming every time the governor’s powers were brought up.

Agreement in large part that the governor has too much power in the current arrangement outlined in the constitution. The governor should have no say in who the premier selects as cabinet ministers, has too many appointees in parliament and should not oversee the permanent secretaries. There was also demand for there to be a system of accountability of the governor to the people of the TCI. Again applause on the function of the Integrity Commission; in the room there seemed to be wide agreement that the body has turned from being a watch dog, to a hound dog as the ex premier put it.

He said, Parliament should regulate its own members. Strong objection to trial without jury, Dominique Rolle, a young attorney called on the panel to question how the change to trial by judge alone strengthens the justice system. There was also talk on who should be able to be Premier of the country and suggestions to see certain parts of the 2011 document eliminated altogether. A strong view from the residents, that there should be a return to the 2006 constitution; rejecting the current document as an insult and ridiculous.

That evoked the explanation that the Constitutional Review Committee has built its presentation with the last constitution as its base… giving the meeting members comparisons in ten parts by exposing the changes. Written submissions are still welcome; and there are still more meetings over the next two weeks in South, North and Middle Caicos.

The committee was also chastised by the leader of the PPP, Dr Edward Smith for being late to start… and was called to revoke the appointment of Hon Donhue Gardiner because he left the meeting for about an hour and a half. Michael Misick said it was unacceptable that the member left, and that Minister Gardiner is out of control and has been out of control for a long time. The Chairman of the Committee, Daniel Malcolm, admitted that he was not aware of Gardiner’s departure.