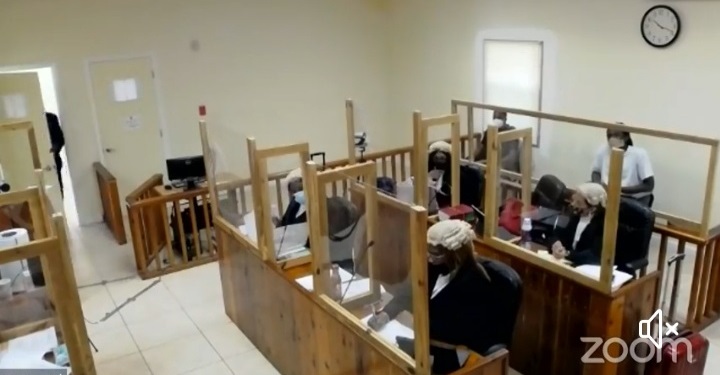 #TurksandCaicos, April 17, 2021 – History was made when Monday April 13, 2021 when the Turks and Caicos supreme court for the first time, televised proceedings live on the internet.

It was the case of the Crown vs Jumillo Isma; a murder trial playing out on the world stage from the Grand Turk Supreme Court.

Jury trials are now resumed, after being stopped by the coronavirus pandemic and with that, video links are now feeding the trials to the world wide web so anyone can watch.

Some attorneys had disputed the airing of the trials so widely.  It may be, they argued, a form of witness tampering or influence, as in a low tech trial witnesses are not able to hear each other’s testimonies.

On Tuesday, Chief Justice of the Turks and Caicos Islands, Her Ladyship Mabel Agyemang reversed the full airing of the trials; now witness testimonies will be for in person audiences only.

It was explained by the Chief Justice, those interested in viewing the full trial can still do so at the court house in both Providenciales and Grand Turk, where tents and screens have been set up in order for the public to have access and view full trials.