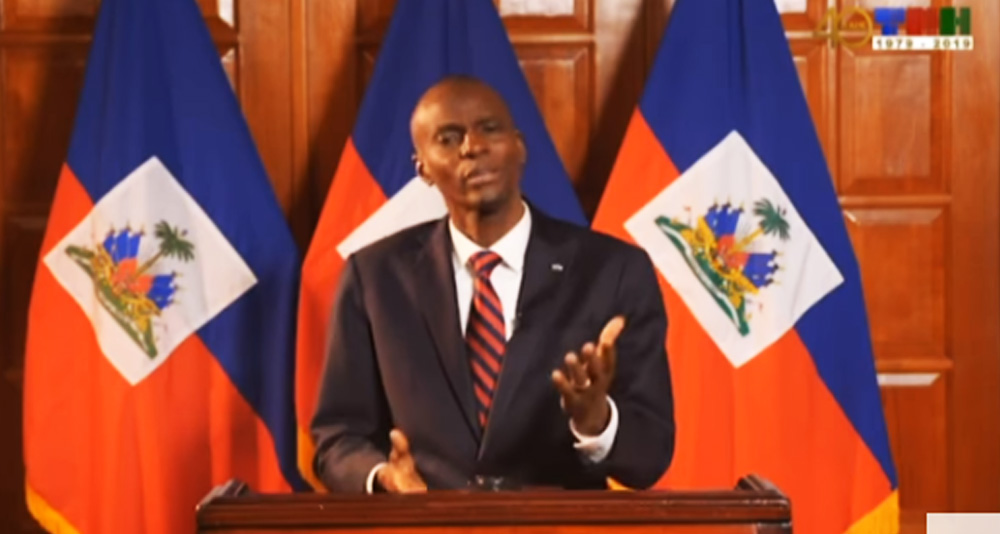 #Providenciales, September 27, 2019 – Turks and Caicos – Embattled Haitian President Jovenel Moise, according to reports, will on Friday face a new round of protests despite a plea in a national address aimed at extending an olive branch to opponents in both the political and business sectors.

The Haitian President did not attend the UN General Assembly this week; he instead remained at home and spoke not to the world but to his own people who continue to demand that he demit the presidential palace and his place at the helm of Haiti.

Critics say the President’s words delivered in a National Address mean little with the mounting accusations of corruption, stalled investigations to unearth the truth of those charges and the sluggish pace for processing the political appointment of a new Prime Minister.

It did not help that a Haitian Senator, claiming to be in fear for his life shot with his gun, an AP photographer and palace security officer, according to numerous media reports on the incident.

The images of a senator wielding a gun exposes the enormity of the divide in Haiti and the deteriorating state of the country’s already crumbled political foundation.

Turks and Caicos Islands Government leaders one week ago – Wednesday September 18 – heard about the state of affairs on the ground in Haiti from the British Charge d’Affaires based in Port Au Prince, where schools and businesses remain closed due to the chaos.

The reveal of that debrief came in this week’s report on the recent National Security Council (NSC) meeting, which was co-chaired by the Governor Nigel Dakin and Premier Sharlene Robinson.

“Updated by the British Charge d’Affaires based in Haiti on the current situation in Haiti, in particular the security and economic situation; domestic and international partner activity and public messaging to stem illegal migration.”

The status of Haiti was also considered from the perspective of the United States.

The NSC report informed: “Updated by the US Coast Guard based in Bahamas on their work in the region to tackle illicit activity including illegal immigration and human trafficking from Haiti. Current and potential areas of further collaboration with TCI agencies.”

It is the first time the National Security Council, which was established in 2015, has documented such a strong focus on the inner workings of nearby Haiti.

The report informed of an update from the UK Defence Attaché for the Caribbean and Overseas Territories; the representative leading on TCI issues in the UK Foreign Office and an update from Immigration Minister Delroy Williams on sloop arrivals from Haiti and abuses of immigration laws.

The National Security Council is looking into what support the UK can offer on the coming National Security Strategy of the Turks and Caicos Islands.  Governor Dakin and Premier Robinson both promised the document was well in the making and soon to be unveiled.

At the meeting, which was also attended by the Deputy Governor, the Attorney General and the Commissioner of Police there was a report by the Prison Superintendent, Grahame Hawkins about the facility’s “operational needs of the prison and mitigation of related challenges.”

“…which aims to ensure the country is more resilient to natural disasters and strengthens its ability to tackle illegal migration including human trafficking and over-stayers.”