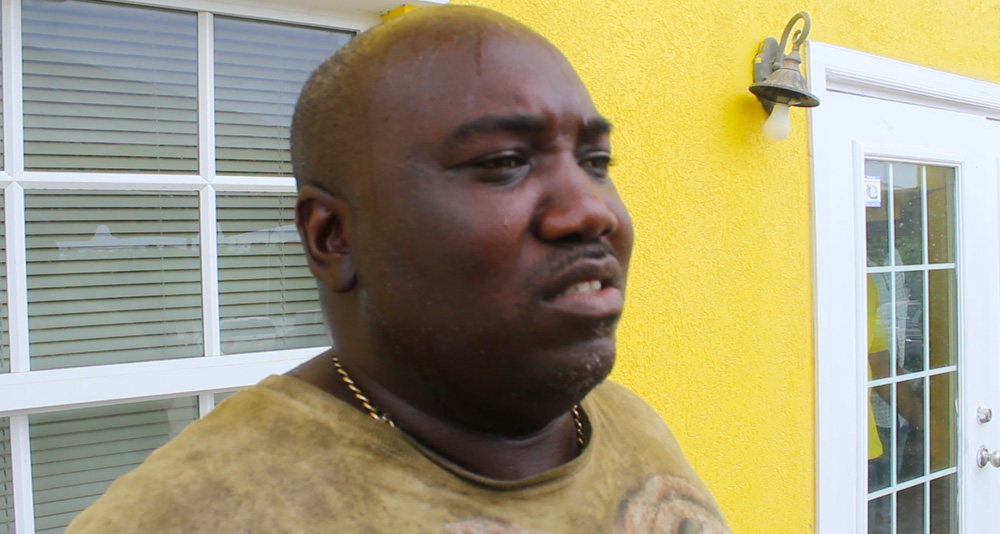 #Providenciales, Turks and Caicos Islands, September 15, 2019 — The Progressive National Party on Tuesday held in-party elections and in one opinion it was the most democratic process the Turks and Caicos has ever seen from a political machine; to another some actions during the one-day run-off were ‘fishy’.

Devon Williams describes himself as a political pundit and questioned the validity of the PNP as the 2020 General Elections of the TCI approach.  Williams, once known as a staunch supporter of the party is critical of the trajectory of the ship, which is captained by party elder, Washington Misick.

Mr. Williams, who had not voted and said he would not be voting in the run-offs gave us the comments within earshot of PNP supporters gathered at the site despite the rainy weather.  The interview took place on the steps of the party’s headquarters on airport road in Providenciales.

Williams believes the entire day was an idea contrived in contravention of the constitution of the PNP.

Magnetic Media was summoned to Progress House on the party election day, dubbed: Super Tuesday.  The accusation was that names were being added to the delegate voting list manually.  The alleged action was against the publicly announced rules or party delegate only voting; rules which asked those interested in casting a ballot to pre-register and which used as a criterion, one already being on the national electors list.

Llewelyn “Blow” Basden disputed the comment with, “No name is being added to the list after the deadline.  After the deadline there was no names added, only if there was a spell check the name would be advanced,” Basden said this applied to “Nominees or Voters; electors.”

Yet, on cell phone video provided to Magnetic Media, we see Mr. Basden vociferously arguing the hand written addition of names to the list.  ‘Blow’ was speaking loudly to the party leader in the short clip, clearly furious about the alleged manual addition of a name.

We asked “Blow” to explain his apparent change of heart but there was no comment.

From the Party, Magnetic Media is told there will be a news conference on Wednesday where this issue will be addressed.

In another argument on a purported PNP constitutional breach, there is pending litigation which accuses the Progressive National Party of establishing its new leadership against the party’s constitutionally outlined process.  The member for Grand Turk North, George Lightbourne confirmed to us that indeed he issued a letter saying as much to his own Progressive National Party.  Today, Lightbourne is the candidate in the PNP primaries for Grand Turk North with the least support; he only managed to secure two votes.

The party has been silent on the Lightbourne lawsuit and this latest accusation of impropriety at the September 10 primaries.