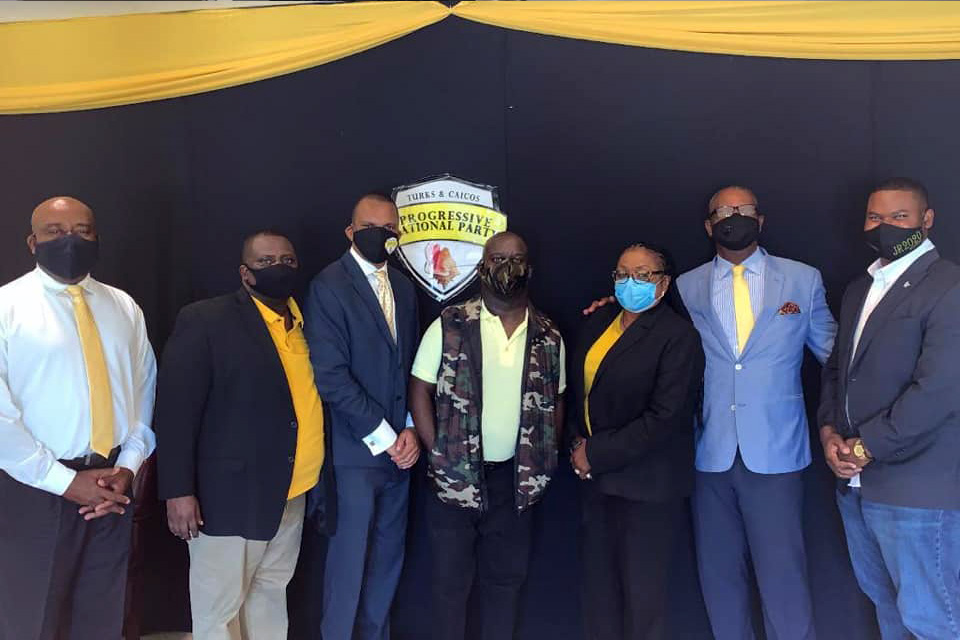 #TurksandCaicosIslands – October 18, 2020 — The Turks and Caicos Islands, according to its constitution has to dissolve the House of Assembly within the next 11 weeks; Leader of the Opposition (LOO) Washington Misick is using this premise to demand a date for the next national polling.

“This Government has less than 11 weeks to the four-year anniversary of their election, 13 weeks before the date for an election must be announced, and the House of Assembly must be dissolved. In percentage terms, this government is 93% through its allotted term.”

Premier Sharlene Robinson has however, expressed that she will not be rushed in her prerogative to name the next voting day.

It could still be months before a general election is actually held in these islands.  The TCI Constitution Order 2011 establishes that an election cannot happen before 35 days after the dissolution of parliament.  It also gives the Premier, any premier, three months from the date of dissolution to actually state what will be the general election day.

In other words, the Turks and Caicos Islands could be well into March 2021 before any general election is held.

PNP Leader Misick, in a September 24 statement said Premier Sharlene Robinson would be ‘illegitimately’ making long term fiscal decisions if indeed a slew of measures announced were to come to fruition.  The actions are touted as critical financial strategies the Turks and Caicos will take in order to ride out the Covid-19 imposed recession.

“For this Government to have squandered the last six months, and now to negotiate such a long-term commitment that will tie the hands of the next Government, is clearly unacceptable. There is also the undeniable fact that this Government is negotiating this significant obligation with one eye on the upcoming election, and may be more pre-occupied to get it done quickly, rather than get the best possible deal.

I do not believe the UK Government should allow this significant lending to be passed in the dying days of this administration. The answer is simply to call the election now, allow the people to make their choice, and let the winning party negotiate the lending, knowing they will have to live with the terms for the next four years,” said Hon. Misick.

The PNP Leader has been shepherding his flock toward increasingly vigorous campaign activities including: rallies; door-to-door visitations by its ratified candidates; erection of street signs and the announcement in August of its general election campaign manager:  Jas Walkin.

The fifth all-island elected member, who is also the immediate past finance minister said the PDM Administration cannot take credit for the tens of millions of dollars which it has been able to access amidst the coronavirus pandemic.

“I said in the House of Assembly, that no one should confuse good luck with good management. I also pointed out that the $25M in the Capital Wealth Fund was not there through prudent management, but because of a law passed by the PNP Government to put money aside in good years. And finally, that $80M is reserved because of a requirement under the PFM. So, the majority of cash available left at the end of last year was not the result of prudent cash management, but luck, a law that the PNP introduced, and the PFM,” said the LOO in his press statement.

As the country’s constitutionally entrenched watch-dog, the LOO warned the premier about using her office to sway voters.

“I am especially concerned about the method of the food relief distribution announced by the Premier. It would be unfortunate if it were used as a political weapon ahead of the election – as it currently appears to be happening with small contract awards – especially in Grand Turk.  Perhaps the Governor should be concerned about this as well.”

The TCI constitution outlines that the House of Assembly has to be dissolved four years from the December 29, 2016 date.