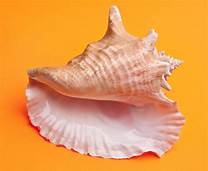 #Providenciales, May 2, 2019 – Turks and Caicos – House of Assembly members today opened up about the unrelenting demands of their jobs as elected representatives of the people; the admissions came during debate on the recommendations of a report by the Integrity Commission which would raise some payments to Members of Parliament.

And while, for the most part, it appeared that all were on one accord about the allowances and constituency office increases, when it came time for voting everyone towed the party line.

All of the PDM Members voted to accept most of the recommendations of the Remuneration Report of the Integrity Commission.

All of the PNPs stuck with the leader of the party; either abstaining or voting ‘no’ on the proposal.

The two appointed members from the Governor’s Office also voted in favour of the changes.

First to contribute to the debate also had the most informative presentation; it came from the Member for Leeward and Long Bay Hills, Hon Akierra Missick.

The former Deputy Premier spoke of her own experiences of having to pay out of pocket for expenses linked to her service to the people of the TCI during the Rufus Ewing Administration years.  It was pointedly stated that while some recommendations were egregiously high, others were at the very least reasonable and some suggestions showed that the drafters of the report were, she said, out of touch with the reality of the level and manner of the work of a Member of Parliament and Cabinet Minister.

Akierra Missick’s comments were supported by two from the Governing side of the aisle.  Deputy Premier Sean Astwood and Health Minister, Edwin Astwood both found common ground in some statements by the Member for Leeward and Long Bay and said as much when they made contribution to the debate.

But soon the mood would change and Ms. Missick would abandon her earlier remarks which unequivocally supported some changes to augment benefits to parliamentarians.

Vociferously disagreeing with the part of the report which did not make the raise in payment mandatorily retroactive to the former Speaker of the House of Assembly, was the PNP Opposition Leader, Washington Misick.

His comments in the House of Assembly were so profound, that the entire temperament of the chambers altered.

It turned from a tone of jovial camaraderie to biting antagonism as he and the Premier disagreed on the retroactive element of the report’s recommendations.

Hon Misick said the former Speaker should get the back pay.  The Premier said no he should not.

Washington Misick described it as mean.  The Premier described his posture as hypocritical.

The Premier reminded that Misick as the immediate past Minister of Finance had the power in 2016 to set the wheels in motion for the former Speaker of the House of Assembly to retroactively benefit from the raise in allowance for that role; yet he did not.

Hon Sharlene Robinson said at this stage, there are far too many more important things to get done in the Turks and Caicos Islands for her to agree to the retroactive payment to the former Speaker.  The Premier also disagreed with the expensive allocation of $10,000 to $15,000 per month for an residential accommodation for the Premier in Providenciales.

Despite the disagreement and the votes cast on the PNP side, every single member of the House of Assembly to whom the changes apply will get the increases.

The current Remuneration Revision Report completed by the Integrity Commission was presented to Government since June 2016.