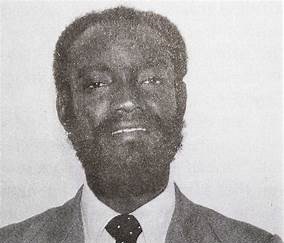 #Providenciales, May 12, 2019 – Turks and Caicos – Often described as a true change agent in Turks and Caicos politics, the country’s only National Hero, the late, Most Excellent James Alexander George Smith McCartney was remembered on the day of his death which was 39-years ago, by Premier and PDM Party Leader, Sharlene Robinson.

On Thursday, the Premier issued a statement saying the People’s Democratic Movement continues to remember the anniversary of JAGS’ tragic death in a plane crash in the United States on May 9, 1980.

“Today we remember our only named National Hero who tragically passed away in a plane crash while serving our country as the first Chief Minister. The news of his death 39 years ago sent a wave of grief that still touch the hearts of many who knew him personally.

We as a people continue to mourn this tragic loss and we commit to the realisation of his dream for “A United Turks and Caicos.” We must stand as proud Turks and Caicos Islanders for having had this Great Man walk among us and serve us as dramatically as he did. We must and will do more to preserve his legacy and to ensure his Story is told.

This year we proceed to honor him by erecting monuments and in the past creating the National Holiday, National Hero’s Day when we can all remember the Right Hon. McCartney. As a Government, we salute this Great Man, our only named National Hero. We will continue to remember lest we forget.”

JAGS was a mere 31-years old when he was elected as the first Chief Minister of the Turks and Caicos Islands; his victory was hard-won and came in dramatic fashion.  A mere four years later, the beloved founding the People’s Democratic Movement party was gone… a mysterious death in a plane crash in waters off New Jersey, USA.

The Most Excellent JAGS would have been 72-years old, now.

More official celebrations will happen on May 27, National Heroes Day which is a public holiday in the Turks and Caicos Islands.