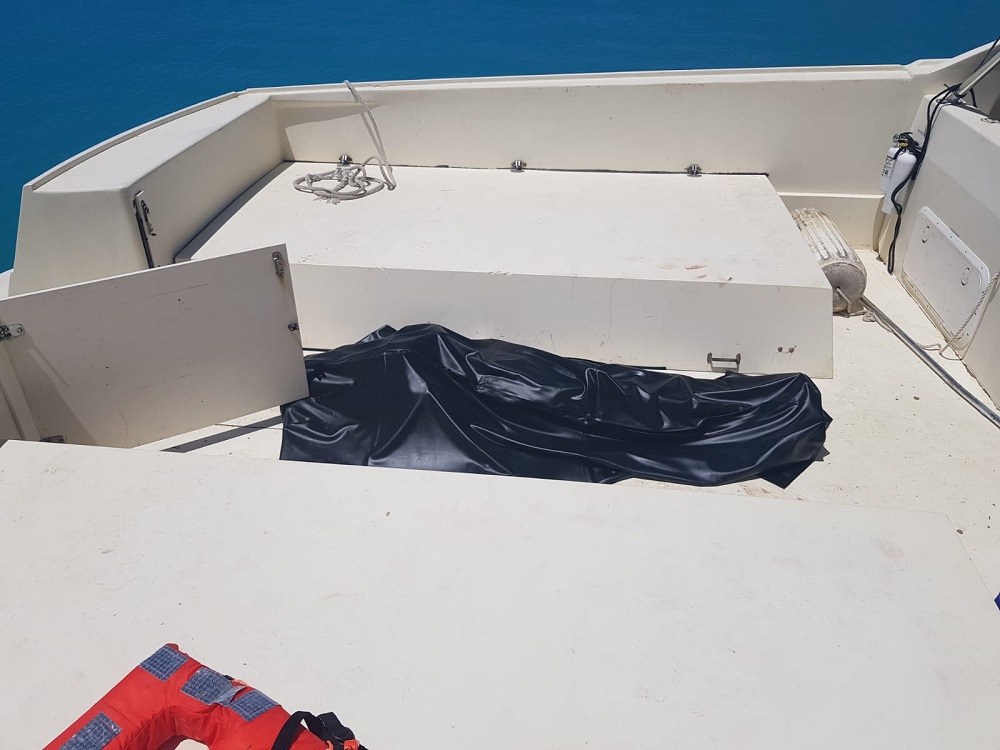 #Providenciales, April 2, 2019 – Turks and Caicos – Another admonition came today from the local Haitian Consulate for its citizens to stop taking the treacherous journey from Haiti to the Turks and Caicos with smugglers; the office said Sunday’s tragedy has sent them into mourning, again.

“It is a very sad and painful situation for us and on behalf of the Haitian Consulate of the TCI, we offer our condolences to the families of those that are directly affected by this tragic incident.”

Images of bodies floating face down, partially clothed female victims, another male stiff on the deck of a rescue vessel and a corpse bagged and on the way to the Providenciales morgue were striking and heartbreaking reminders of the price some illegal migrants are paying to flee the poverty in the hope of a better life.

“In this time, we wish to use this opportunity to appeal to our young compatriots and to ask them to stop this activity for the risk is to great and the loss is even greater; I am appealing to those who are thinking of risking their lives at sea and those who are helping people to take such a dangerous crossing in these makeshift boats.”

Not only is the Consulate advising that the journey is perilous, but that there is little success of getting away with illegal entry to the TCI, said a media statement.

“You risk your life and if you live, you do not have any chances to reach the shores of the TCI as they will catch you and send them back home.”

Magnetic Media was informed that the Royal Turks and Caicos Islands Police was alerted to a capsized vessel off West Caicos, one of the uninhabited islands in the TCI.  The Marine Branch was activated and 14 people were eventually rescued with help from civilians.

The small boat on which the Haitian migrants were travelling was eventually recovered from the waters.  US Coast Guard video showed the small blue boat submerged and informed that an investigation into what happened was launched by TCI Police.

No more bodies were recovered today.  No more survivors were found either.  Efforts now focus on identifying the dead.

“We thank the local authorities for this massive effort to rescue the survivors. We wish to also inform the public that we are working closely with the Government in order to identify and repatriate the bodies to Haiti.”