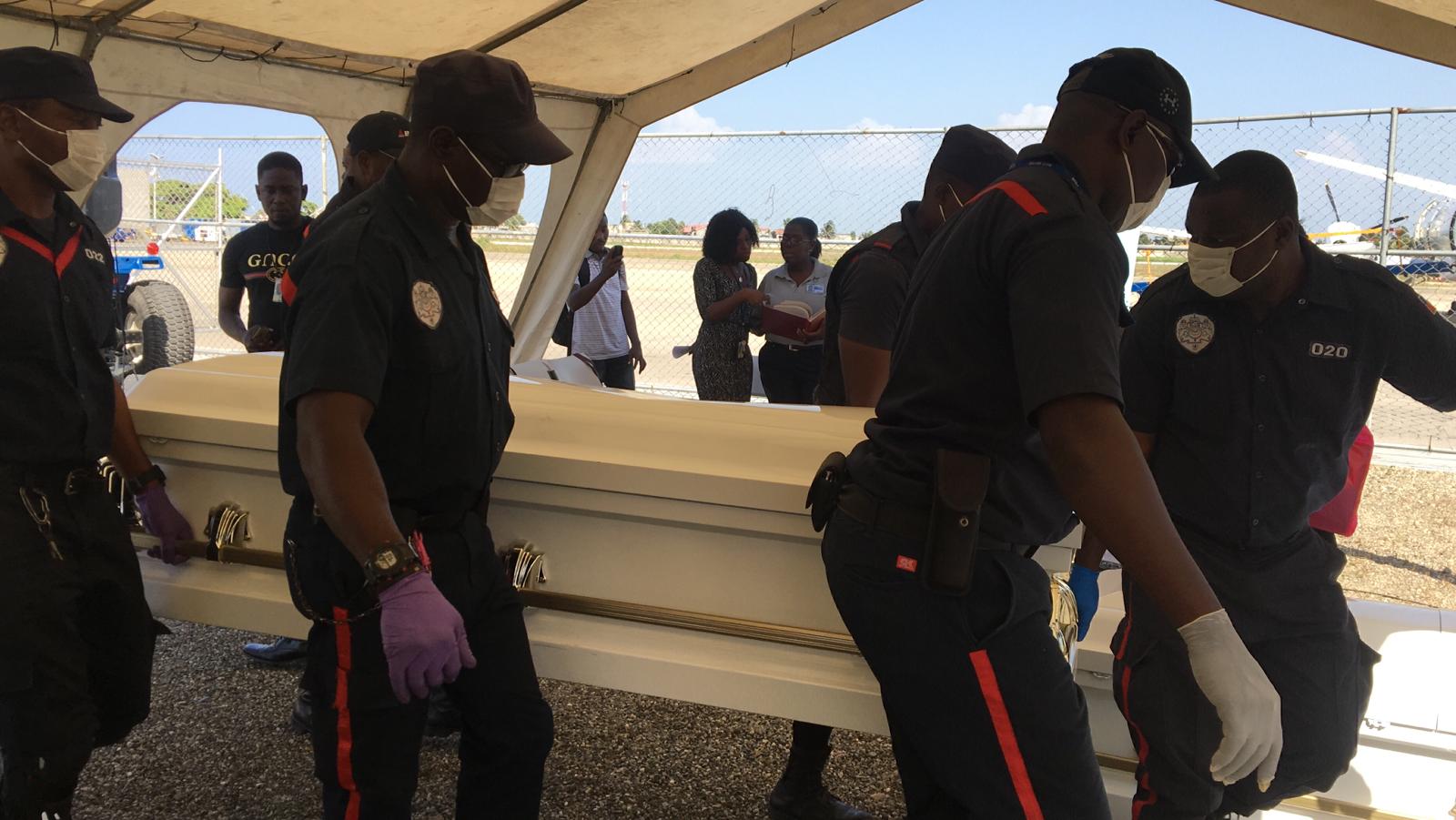 #Providenciales, May 16, 2019 – Turks and Caicos – The fourteen people who died when their boat capsized in a desperate attempt to illegally enter the Turks and Caicos Islands were today given a solemn service of farewell with high ranking Haitian officials in attendance.

A small blue boat overturned in waters near West Caicos on Sunday March 31, 2019 and the bodies of four females and 10 males were recovered from the ocean; others were believed to have been lost to the sea and 14 people were taken in alive.

Assisting the rescue and recovery effort led by the TCI Police Marine Branch were private citizens and the US Coast Guard.

The 14 victims were said to be from different parts of Haiti; some members of their families showed up to be a part of the mass funeral service which was attended by the Mayor of the City of Cap Haitien, Mondesir Jean Claude; Magistrate Judge of the Supreme Court, Dieula Benjamin; the departmental Director of the Police Force and there was a representative from the Haitian Coast Guard.

Haitian Consul to the Turks and Caicos Islands, His Excellency, Jacques Adolph attended the service as well and confirmed to Magnetic Media that the coffins and their transport on an IBC chartered flight were paid for by the Haitian Government.

Also instrumental in providing information and images from the memorial service in Cap Haitien where over 100 people were present, was Donald Metilus, Turks and Caicos broadcaster and owner of VHTC radio station which is based in Providenciales.