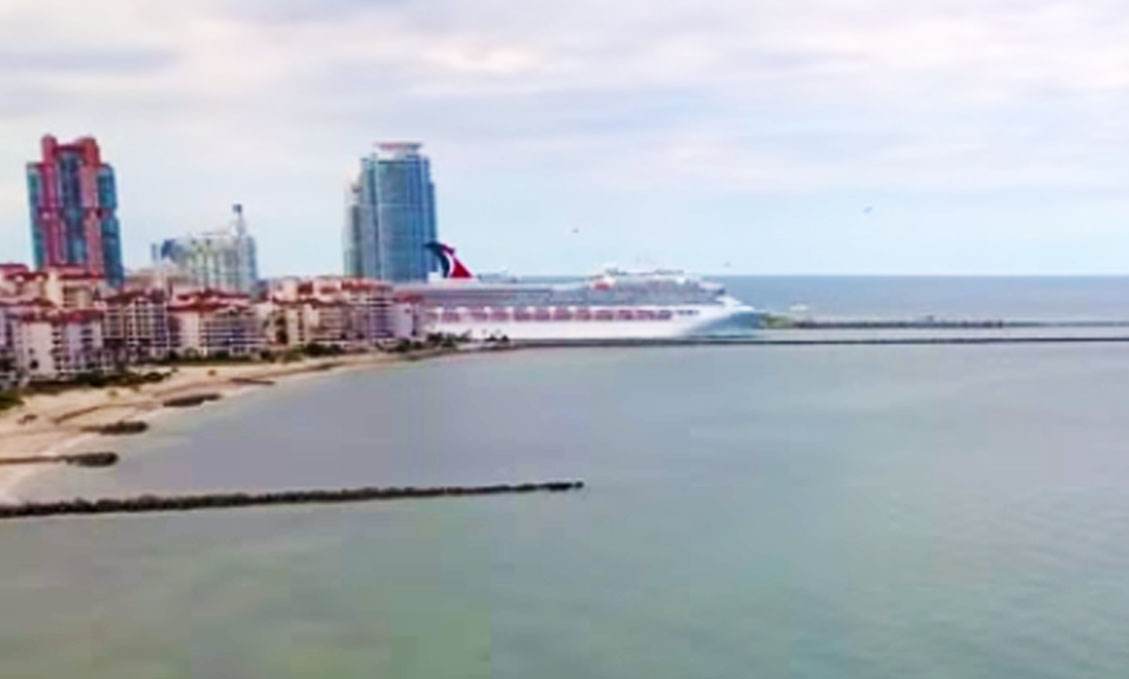 Grand Turk, April 14, 2019 – Turks and Caicos – Carnival Cruise Line is vowing to get their act together before a June hearing in Florida where the judge could rule to block its ships from docking at US ports.

Carnival’s spokesman Roger Frizzel told CNN that, “We … will do our utmost to ensure we meet all expectations … and continue to strive to be best in class on environmental compliance,” he said. “Our environmental responsibility has been and remains a top priority for the company. Our aspiration is to leave the places we touch even better than when we first arrived. This is in the best interest of our guests, our company and the oceans upon which we travel. We look forward to clarifying any issues and demonstrating our commitment.”

Carnival is on a five-year probation, which started in 2017.  The cruise line company got into serious trouble and agreed in a settlement to pay $40 million fine and to be accessible for audits and inspections after its Princess Cruises illegally dumped oil into the ocean.

Details of a court order exposed in the Miami Herald reveal that Carnival Cruise Line falsified reports, dumped plastics into the ocean, released gray water in Glacier Bay National Park in Alaska and “sought to avoid unfavorable findings by preparing ships in advance of court-ordered audits…”

Carnival and its variety of fun ships have scheduled at least 90 calls into Grand Turk this year; all of the cruises set sail from ports in the United States.