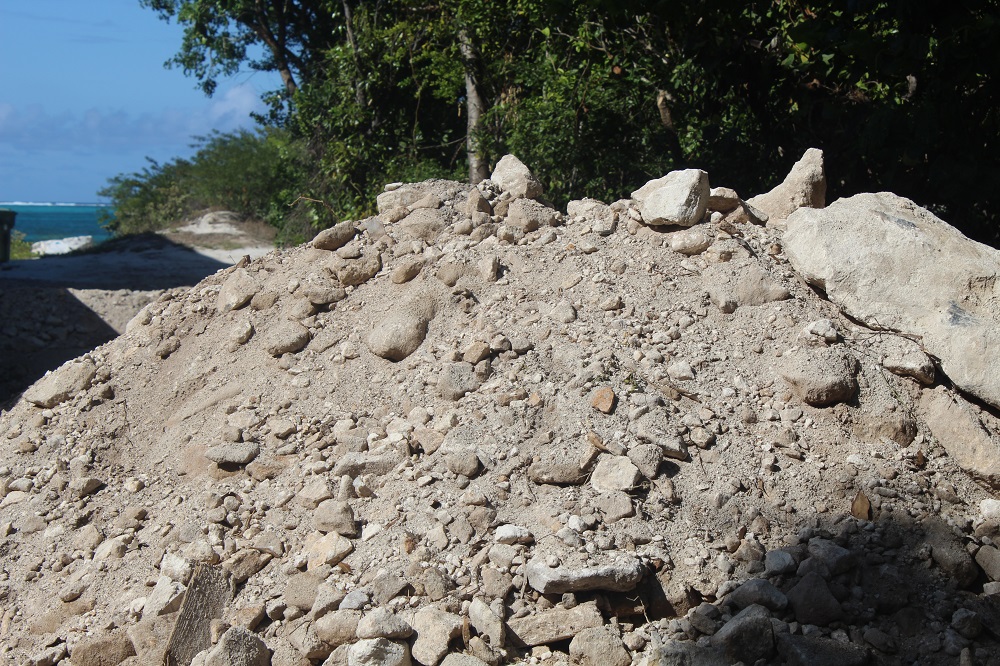 #Providenciales, March 26, 2019 – Turks and Caicos – We are told by a resident that over the weekend, Police were called to Babalua Beach because the only access path to the beach had been blocked by quarry rock; piled there without warning or notice.

The resident, who reached out to Magnetic Media today says the action is clearly against the law but three days later, the quarry remains there, with no information coming from officials.

Magnetic Media went to the site.  We photographed the rock mounds – there are two and at the hour we were there, no construction work appeared to be ongoing.  The quarry rock is mere yards away from where the new Turks Cay Resort development is designated to begin construction.

Magnetic Media is awaiting comment from the Developer and the Department of Planning.

An update will come in our next issue of Turks & Caicos News Daily.