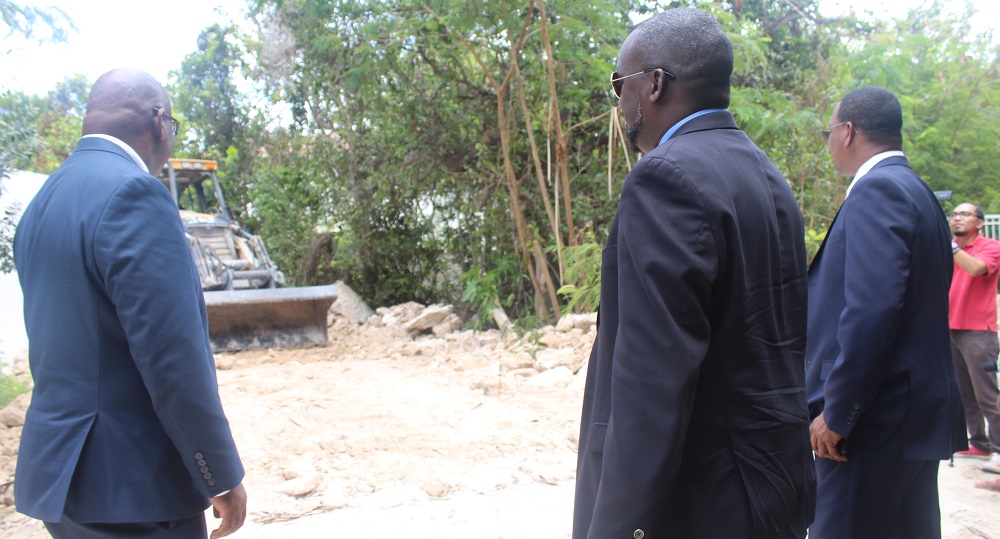 #Providenciales, March 31, 2019 – Turks and Caicos – Ministers of Tourism and Infrastructure were on Thursday at the blocked public access to Babalua Beach where they were giving media interviews and overseeing the flattening of the mounds of quarry rock which had been placed there.  An excavator was on the scene when we arrived.

The situation was brought to Magnetic Media attention by a resident.  The person who authorized the dumping of two mounds of quarry rock was asked to remove it. However, no one responded to the official request and so on Thursday, the mounds were flattened to un-obstruct the access to the popular beach in Providenciales.

Some had accused Turks Cay development for the blockade; but the developer clarified that he had nothing to do with it and himself condemned the action.

The Department of Environment and Coastal Resources twice last week issued warnings and reminders on public access to Turks and Caicos beaches.

Believers just want the United Kingdom to leave the European Union no matter the pushback from those calling for a revoke to Brexit.  On Friday, Believers gathered in a show of solidarity and as a reminder on the outcome of the 2016 referendum which expressed that the majority of citizens want out of the EU.  Image from the gathering provided to Magnetic Media by Ralston Humble.