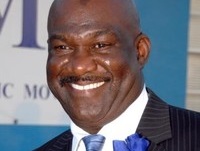 #Providenciales, March 14, 2019 – Turks and Caicos – A prominent criminal trial attorney is joining in the call for fingerprint requests from the Police to be refused.

Ashwood Forbes agrees that the requirement in order to collect Police Records is unconstitutional and could potentially set one up to be ‘framed’ in a crime.

“This request is directly an indictment on all of us as Turks and Caicos Islanders. This request also has the potential of DNA being planted in places…”

Forbes says DNA found at a site could put one in a place that he or she has actually not been.

“I totally endorse the release by my learned friend, Mr. (Mark) Fulford.  I will ask all persons to strongly object to this potential invasion of one’s privacy.”

Fingerprints presented to Police would be kept on record but the Police assured that the information would not be used in investigations.  The Royal Turks and Caicos Islands Police Force also informed that the Rehabilitation of Offenders Ordinance gives them the legal right to make the request.

Attorney Mark Fulford over the weekend, in a media statement disagreed and explained that the law only makes it legal to take fingerprints from rehabilitated offenders and not the general public.

Ashwood Forbes has called on the Commissioner of Police, James Smith “to abandon this ill-considered request or be prepared to be challenged in the courts.”