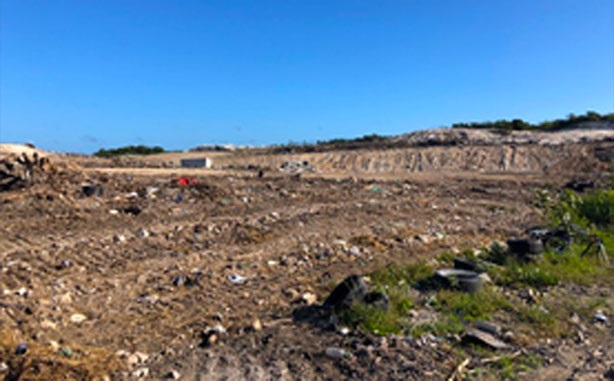 #Providenciales, February 21, 2019 – Turks and Caicos – No more smoldering and no more flames and no more surprises for the Environmental Health Department (EHD) which earlier today reported that the fire at the Providenciales Waste Disposal Site is out.

In a media release of yesterday, it was said: “The Environmental Health Department is pleased to inform the general public especially the residents of Wheeland that the fire that was intentionally lit on Saturday February 2, 2019 at the Providenciales Solid Waste Disposal Site has been completely extinguish today Tuesday February 19, 2019.”

The fire had been burning since February 2, 2019 after being intentionally lit and re-lit creating noxious smoke, an unhealthy respiratory environment, forcing the cancellation of school and demanding domestic and airport fire trucks to get the blaze under control and eventually extinguished.

EHD explained in that media release that preventative measures are also in play.  Specifically:  Security Patrol the site has increased to every half hour, previously security patrol was hourly said Kenrick Neely, Director of EHD.  There have been repairs to the fence and additional nightly monitoring by Equipment Provider/Operator and the Department.