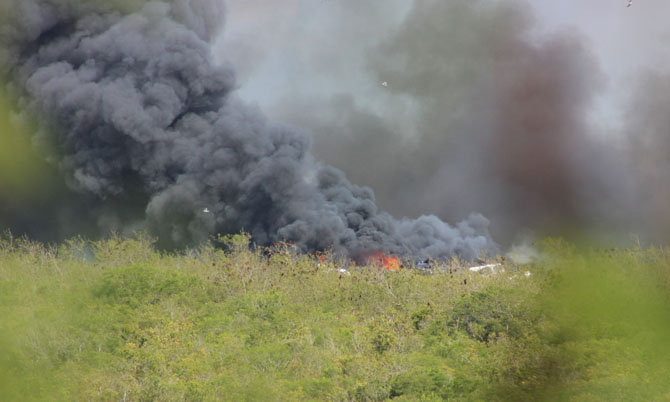 #Providenciales, Turks and Caicos – Wednesday 25, 2018 –  Targeted acts of sabotage are said to be behind the toxic-looking fire once again raging at the Providenciales landfill and those surreptitious attacks have forced a stop on tire-shredding in Providenciales, explained the managers of the dump site.

Residents of the Belgrade Parker Gardens and Millennium Heights subdivisions have been, since last night, expressing dire concern about the blazing inferno and the black smoke emanating from the dump site, also known as the Providenciales landfill. 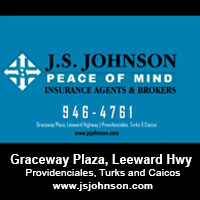 It is thought that the fire from three months ago was still burning, but according a media release today, Turks and Caicos Environmental Management says this is a new fire, a new act of arson and the black smoke is because rubber tires are burning.

“On Wednesday, July 25 at approximately 1:30 a.m., a fire started at the Providenciales Landfill. The event appears to be an intentional arson and police and fire service personnel will be conducting a formal investigation. Specifically, the waste tires were set on fire, which is the reason for the size and dark color of the smoke plume,” said Turks and Caicos Environmental Management, TCEM.

Magnetic Media is informed that the Minister of Home Affairs and Member of Parliament for the area, Delroy Williams did visit the property earlier today; however there has been no statement from him as yet about the nagging and unhealthy problem.

TCEM is talking though and amidst the residents’ watchful eyes say they are facing serious challenges in Grand Turk too.

“This appears to be the latest in a series of arsons at the TCI’s two landfill facilities, both in Grand Turk and Providenciales. It is at least the fourth such incident in recent months.”

The tire shredder which finally arrived last year was attacked in these arsons also, explained the waste management company, which despite having security guards on duty, has been unable to fend off the alleged arsonists. 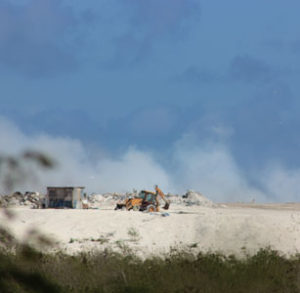 “… to exacerbate the current situation, TCEM’s waste tire shredder was targeted and burned in February of this year. But for that incident, which delayed the processing of waste tires, the Providenciales tire pile would by now have been shredded.”

The crimes have been reported to the Turks and Caicos Islands Police Force but there have no updates on the investigations.

Contractually, TCEM is supposed to shred tires and the company is also expected to have systems established to mitigate fires.  In the media statement it was shared that, “Fire response protocols are in place and have been enacted. TCEM personnel, with the assistance of the TCI Fire Service, is working exhaustively to contain and snuff the fire. Tire fires are difficult to extinguish but we will abate it as quickly as possible.” 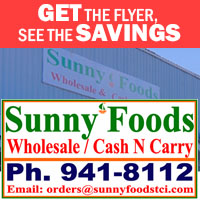 Meanwhile the air is polluted with a pungent odor, the blue sky is interrupted by billowing black smoke and reports are that the smoke can be seen from Grace Bay in the east and Chalk Sound in the south west of Provo.

The burning scrap rubber is believed a very serious threat to human health according to research our media house has explored.  In fact, Environmental Law Alliance Worldwide in a published study says that:  “Specifically, emissions from burning tires are highly mutagenic (more mutagenic than emissions from the burning of all other bulk materials that researchers have tested). Emissions from burning tires contains significant amounts of the following known human carcinogens…”