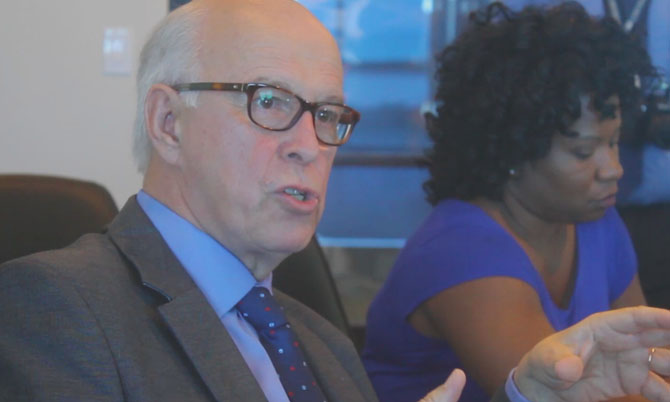 #Providenciales, Wednesday, April 18, 2018 – It will remain a stealthy operation as information was impossible to press out of Governor of the Turks and Caicos Islands, His Excellency Dr.  John Freeman.

“I am not going to discuss about what security deployments we make, in the same way I would not comment on the radar when questions were asked of me – even though many people guessed what was the situation at that stage – I was not prepared to comment on it, I do not think its appropriate to comment on it and I won’t comment therefore on where exactly RFA Mounts Bay is and what may happen about the Cayman’s helicopter etc…” 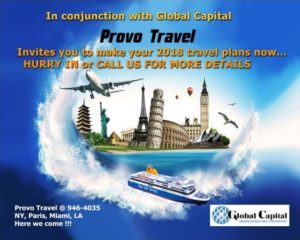 The Governor is rightly and understandably guarding national security operations since a surge in Haitians sloops in March successfully breached TCI borders.

Still we asked him why we could not know the capability of the recently upgraded radar, why who comprised the manpower of Operation Guardian was off limits and whether the UK ship, RFA Mounts Bay was still in Turks and Caicos waters.

“I don’t want to say when exactly the boat is here or not here, clearly it is not here all of the time it has other duties that it has to do but I don’t think its conducive to the objective we all have in mind.  The governor added that the objective is to deter and prevent.  “But deterrence means, they must believe, those who might wish to engage in actions which are illegal that they cannot make assumptions that actually this time is a good time… so I think it is not in the interest of the objective to talk more than necessary about specifics.”

The Governor was addressing media at a press breakfast held at his office in Providenciales, where he aimed to improve dialogue between himself directly and the local press core.

The Governor did remind of the UK financial and human resource investments in National Security; national security is the UK’s responsibility in the Turks and Caicos Islands as a UK overseas territory.

“There is and may well be further provision for lift capacity in the new budget, I don’t know if that is for the new government to decide but in terms of the UK Support, I think the important thing is they came when the surge appeared and when we asked for assistance.  They will be alert to our interests.  There is no magic way of dealing with this, it is a whole of Government issue.”

Operation Guardian has made well over 100 on island captures of illegal migrants, there has been no illegal Haitian sloop landing in about a month and several suspects have faced charges in court connected to harbouring and human smuggling.