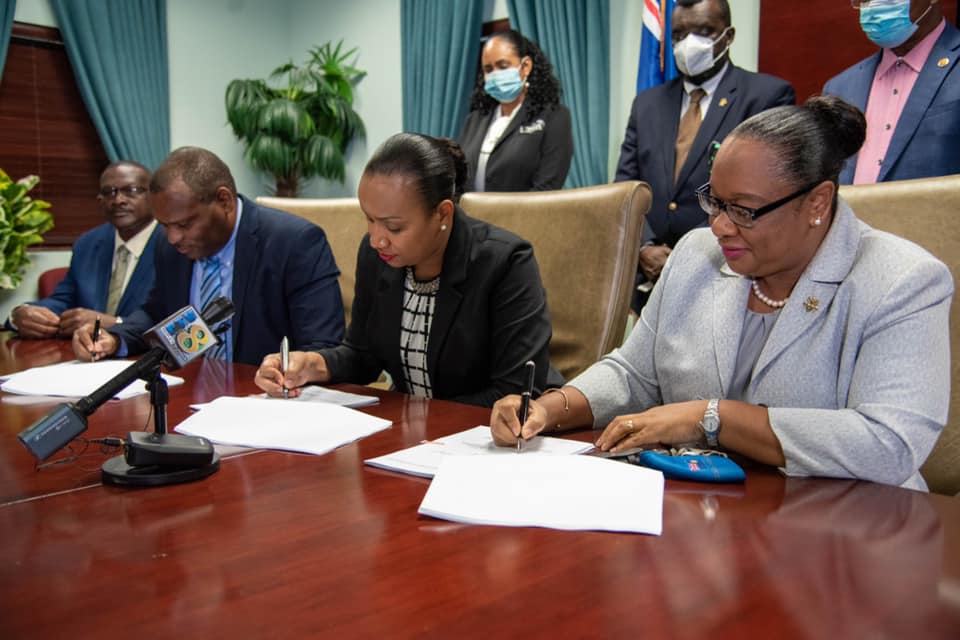 #TurksandCaicosIslands – November 5, 2020 — A $200 million development agreement signed for hotel and villa construction in Grand Turk and a Bahamian company has been given the nod by the Turks and Caicos Islands Government (TCIG).

CORRECTED: Grand Lucayan development for the western side of Grand Turk, not eastern side as reported in the previous version of this article.

Fifteen months after the plan was presented to the TCIG cabinet, a development agreement was on Monday November 2 signed with Grand Lucayan Resorts Ltd; it is expected to add a casino, 75 hotel rooms and 75 villas to Grand Turk.

It is already touted as the largest development project led by Bahamians.

Collin C. Ingraham, who according to his LinkedIn profile is the principal of the Bahamas-based, Lucayan Group of companies which includes Lucayan Energy Services and Lucayan Water Systems, was joined by local investors, members of the Cabinet and Bahamian partner, Glenardo Knowles, a former investment officer with The Bahamas Investment Authority.

The Cabinet, in June approved the land for the development, including a 99-year lease.

Top officials from TCIG were on hand for the signing on Monday at the Office of the Premier in Providenciales including Anya Williams, Acting Governor; Sharlene Robinson, TCI Premier and Directors of the Grand Lucayan which included local investor; among them Terrance Astwood.

Mr. Astwood confirmed construction on staff housing is projected to begin in February 2021.

The proposal was approved in July 2019 and Cabinet received an update in November later the same year.  By June 2020, the project and land were approved and the Cabinet report of October 28, issued today said: “Approved amendments to a previously approved Development Agreement (DA) between Grand Lucayan Resort and the Turks & Caicos Islands Government for the construction of a Resort and Casino inclusive of Seventy Five (75) Hotel suites, and Seventy Five Condo units on Grand Turk.”