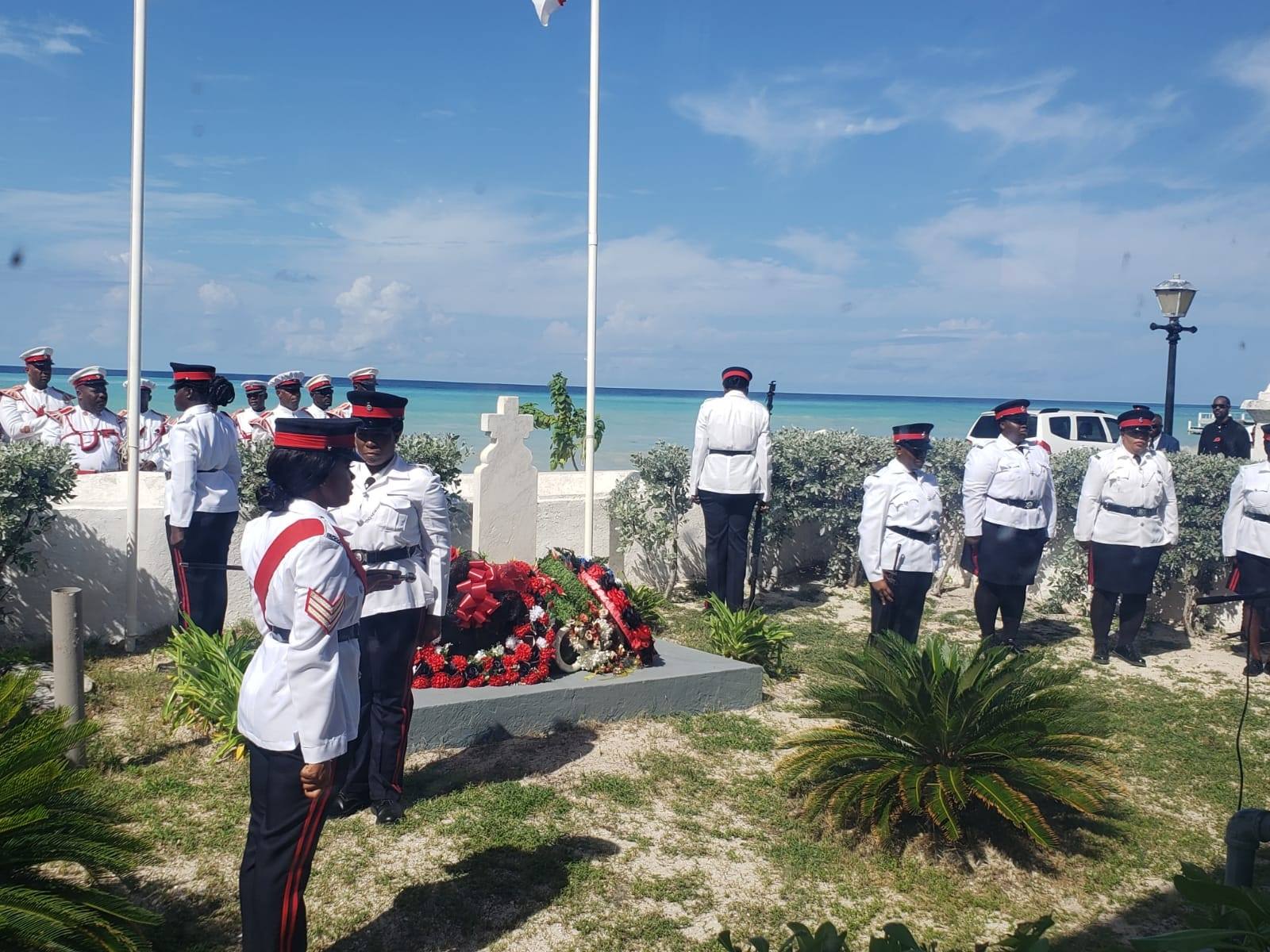 Grand Turk- November 3, 2020- The Turks and Caicos Islands will commemorate Allied, Commonwealth and British personnel who fought in the two world wars of the 20th Century and in subsequent conflicts, on Remembrance Day on Sunday, 8 November 2020.

Other participating organizations that will also lay wreaths at each service include: The Hon. Premier; the Leader of the Opposition; TCI Ex-Serviceman Legion; the Commissioner of Police; TCIG Medical Department; the Scouts, Guides and Brownies; Rotary International; Soroptimists International and the Red Cross. In keeping with Covid-19 regulations, attendance will be limited to participants and invited guests only.

Reflecting on the significance of Remembrance Day, Her Excellency the Acting Governor, Mrs. Anya Williams, said: “More than a hundred years ago the world came together in the defence of freedom from tyranny. This action confirmed that even in the darkest of times we can still find light in the darkness when we remember our collective humanity.

Remembrance Day is a promise to every generation that we will never forget the ravages and real human cost of war; and in this promise we remember and honour those in the Armed Forces, and those in civilian life, who have made the ultimate sacrifice and continue to make it their personal responsibility to ensure mankind never falls into such darkness again.

This Remembrance Sunday, the Turks & Caicos Islands will once again commemorate Allied, British and Commonwealth servicemen and women who have fought and continues to fight in conflict since the first World War. We must all be inspired by their service, bravery and their sacrifice. We must never forget!”

Remembrance Day, known informally as Poppy Day owing to the tradition of the red remembrance poppy, is a memorial day observed throughout the Commonwealth since the end of the First World War to remember the members of their armed forces who have died in the line of duty. The poppy has come to represent the immeasurable sacrifice made by those who serve.

Remembrance Day evolved out of Armistice Day, which commemorated the signing of the Armistice between Germany and the Entente; hostilities formally ended at the 11th hour of the 11th day of the 11th month in 1918.