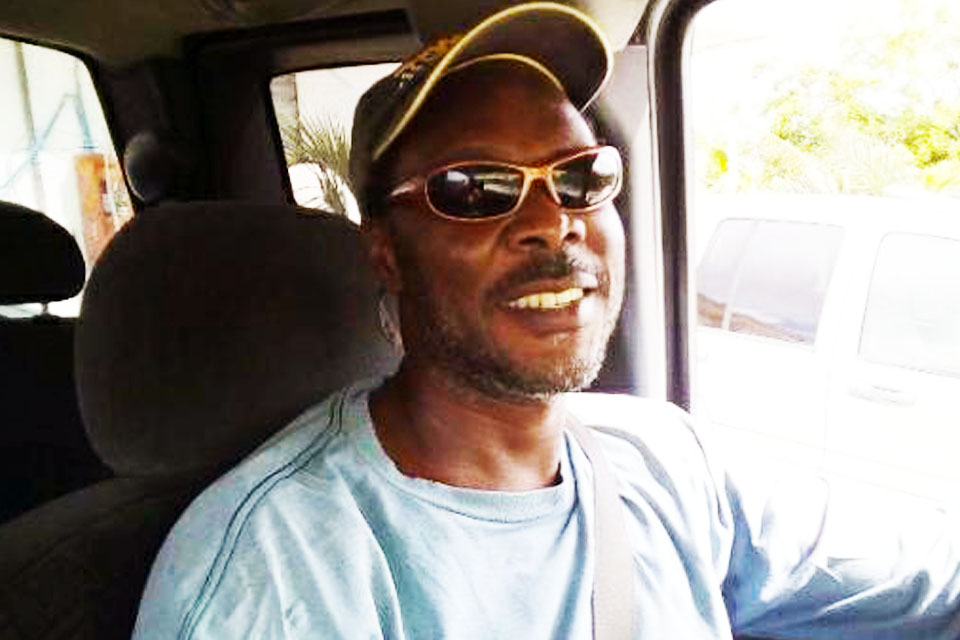 #Providenciales, Turks and Caicos – October 10, 2020 — Because violent crime is at its highest level ever in the Turks and Caicos, islanders must demand accountability when it comes to remedies announced during a crime strategy press conference held September 15.

A 20th murder on October 8 revived feelings that safety is gravely under threat or non-existent in the Turks and Caicos, and that those managing national security are failing at their jobs.

National Security is part of the portfolio of the territory’s governor, who at this time is Nigel Dakin.

A Turks and Caicos businessman, Twelyn “T-Bone” Swann was shot and killed at his home and business on South Dock road, sometime between Wednesday night and Thursday morning.  There has been a statement from TCI Police to confirm that a murder investigation is launched; nothing more.

Fifty-year old, T-Bone is well-known; a talented welder with a cheerful personality described as a ‘gem’ by those speaking to Magnetic Media.  T-Bone is another beloved citizen gunned down at the sanctity of his home, which points to a trend for armed private property invasions which target and terrorise victims.

An outrageous crime, and confidence about catching the killer or killers is low.

One man spoke in a voice note about what he heard of how T-Bone was discovered:  “…he was shot in his chest.  Another mother who will never find out who do it; my God!”

“I really cannot wrap my mind around this, how these decent law abiding citizens gatta come to this man.  It’s like so heartbreaking.  You know?  It’s so heartbreaking.  I don’t know what this man children going through today and his family because it’s such a tight knit family.  This is such sad news man,” said a woman from the group.

The comments were shared on WhatsApp; a part of a string of remarks about T-Bone, about crime, about the prevalence of guns and about the safety of the Turks and Caicos.

“…guns are on the black market and there seems to be no raids that are going on although you can hear of where they might be and who might be in possession of them.  They’ve not really carried out any full scale raids to determine if the allegations being made have grounds,” said another woman from the chat who went on to inform, “They’re now saying you can have murder for hire in Turks and Caicos right now, if the price is right and people are afraid, really afraid.”

The Governor at the September press conference said there are raids which are getting guns off the streets.

“The Tactical Unit go from strength-to-strength. It’s they who are executing warrants at night, going through doors, removing weapons from armed men. Through experience they are becoming a ‘national elite’. Next month (October) they are joined by armed officers from the UK Police’s Firearms cadre – partly funded by the UK, partly funded by TCIG – who bring a full range of skills including the ability to go up against the hardest targets engaged in the most violent of offences. These UK Tactical Firearms Officers will be with us for a year while they are backfilled from our Force and the region. The UK is also sending firearms training officers to help upskill the overall Force,” said Nigel Dakin, Governor.

The raids by the tactical unit are covert operations. Trevor Botting, the Commissioner of the Royal TCI Police Force, during a media briefing on August  27, said over a period of 90-days the tactical unit performed 38 raids; there were seven arrests and four individuals have been arraigned on criminal charges.

More overtly the Governor has promised the Turks and Caicos will get armed officers from the United Kingdom and local police members will be trained in how to safely and proficiently use a firearm.

Accountability means, islanders should know when the help arrives and be informed of the progresses from this one-year deployment and training.

Two special investigators are also promised to arrive in the territory to boost capacity at the Criminal Investigation Department.

“Two UK Superintendents have either arrived or about to. They, along with the recently promoted Willet Harvey (responsible for the Sri Lankan investigation) will form the crucial mid-level leadership in the Force – the UK officers bring much homicide experience with them and unlike the past won’t just deliver, they will mentor,” said Governor Dakin in the press conference shared with the premier and the commissioner of police.

Islanders are assured of law for the protection of witnesses in criminal cases; forensic science to strengthen investigations; new modern legislation to incorporate electronic evidence and partnership with security companies to increase capacity for more ‘eyes and ears’ working to prevent crimes and catch criminals.

“But beyond the Police there is a huge cohort of those involved in deterring crime – the security industry – and there is I believe much more that can be done in professionalising this industry, regulating it, and, as is the case in the UK, building serious partnership between it and the police. Exploratory work has started, again being developed out of the National Security Secretariat to do just that. If we get this synergy right we will have a significantly expanded group of well-trained individuals, to an internationally recognised standard, working to the same ends – the increased security of our communities.”

Additionally, there is a plan to get to the root of criminal behaviour.

“The Permanent Secretary National Security has now taken direction from the Premier to do just this – help build a crime reduction strategy that is cross-Government and in partnership with society. It builds out of the success in Bermuda and Glasgow, it’s complex, but it is probably the most singularly important piece of work that Government is presently engaged on and I’m heartened to see the way the intelligent conversation has developed over the last year with, I think, a real understanding that what we face today could have been foreseen or prevented had different approaches been taken in the past.  We now need to collectively write our own future,” said the Governor.

In the newest murder investigation of T-Bone Swann; the public learned: “Police Force responded to the South Dock Road area following a report at 7:11 a.m., that a lifeless body of a man was found on the ground outside of a building on Thursday October 8, 2020.”

The statement was issued on October 8.  There has been no update on the progress of the investigation.