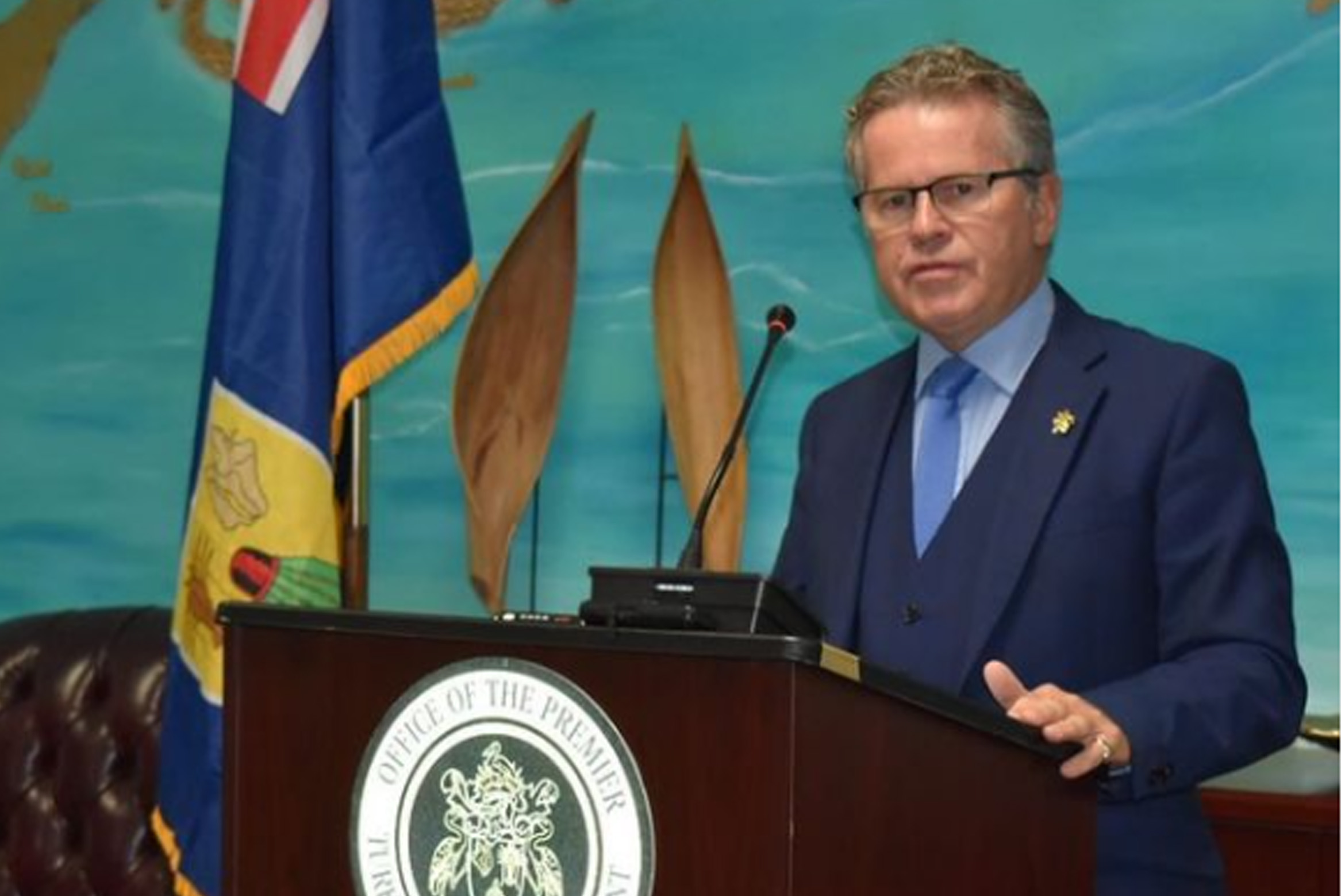 #TurksandCaicosIslands – December 23, 2020 – Turks and Caicos is hoping the batch of free vaccines which will arrive in the territory early in the New Year will run out so quickly that the TCI would be in line for more, enough even doses to inoculate the entire population.

A first batch of Covid-19 vaccines for Turks and Caicos can immunize ten percent of residents and strong support for the voluntary shot could lead to enough vaccines for everyone.

“If we can’t demonstrate there is demand for the vaccine on the island or if we fail to use those vaccines to deliver the best possible effect it will be hard for myself, the premier and others assembled around me today to make the case that more should be set to us.  If we get this collectively wrong, we will end up with a very small and I daresay a very privileged group while the majority are not. We want to avoid that outcome,” explained the Governor in a midday press conference held at the Office of the Premier in Providenciales, TCI.

When British Airways touches down at the Providenciales International Airport on January 7, it will have more than sun-seeking passengers on board; there will be precisely 9,750 doses of the Covid-19 Pfizer/BioNTech vaccine on board.

It is one of four such dispatches of the coveted CoVax fanning out to UK Overseas territories in a demonstration of support from mother England.

Governor of the Turks and Caicos Islands, Nigel Dakin on Wednesday on national radio and live social media stream made the announcement.

“In the first delivery, we will receive 9,750 doses.  Since each person requires two doses, administered 21 days a part, this is enough to vaccinate 4,875 people around ten percent of our population, if we get this right, more will follow.”

While senior residents, medically vulnerable and health care workers have long been touted as first in line for the vaccine once it was available, the territory’s governor  will lead the pack by getting the first jab along with his wife.

“Having discussed with the CMO myself and Mandy will be the first to take it, we feel privileged to be in this position.  We go into Christmas as a family therefore looking forward to the first weeks of January when we will be able to protect our health and most importantly we both want to take the first step which benefits every resident of these islands.”

The governor said the goal is to get the Turks and Caicos as quickly as possible to herd immunity and he hopes for a rush of residents who will see the vaccine as the way to protect themselves and their loved ones.

“To do that, all of us have to think not only of ourselves but also of the contribution we’re making or not to the these islands. If we get this right, we will give a huge economic boost to TCI. We’ll steal business from others as we increasingly become known as one of the safest destinations in the world.  We are not just securing health, we are generating employment and future prosperity and we can get there long before others.”

In considering the fear mongering which has for months been linked to vaccine and the skepticism which exists in the marketplace, he aimed to quell concerns by labelling the act of taking the CoVax as the smartest approach; he also did some myth busting.

“The vaccine we are receiving is the Pfizer vaccine,” he added, “the vaccine does not inject Covid-19 into you.  It instead uses RNA to trick the body into producing viral proteins, which then delivers immunity.”

“We have been chosen because we have direct flights in from the UK. Important because the vaccine has to be transported as minus 70° and there is a belief we are ready and prepared to use the vaccine to good effect.  This should be seen as another vote of confidence in TCI. Work has already begun on the complex logistics and we are confident we can roll this out across the islands.”

Bermuda, Cayman Islands and Gibraltar will also receive the vaccine from the UK in January.

“This is an enormously generous offer from the UK and a quite extraordinary opportunity for the TCI.  Given this is a voluntary program, it’s a moment for us to individually but also collectively seize or to lose.  Our destiny is in our hands, we can never say we were not given the opportunity.”