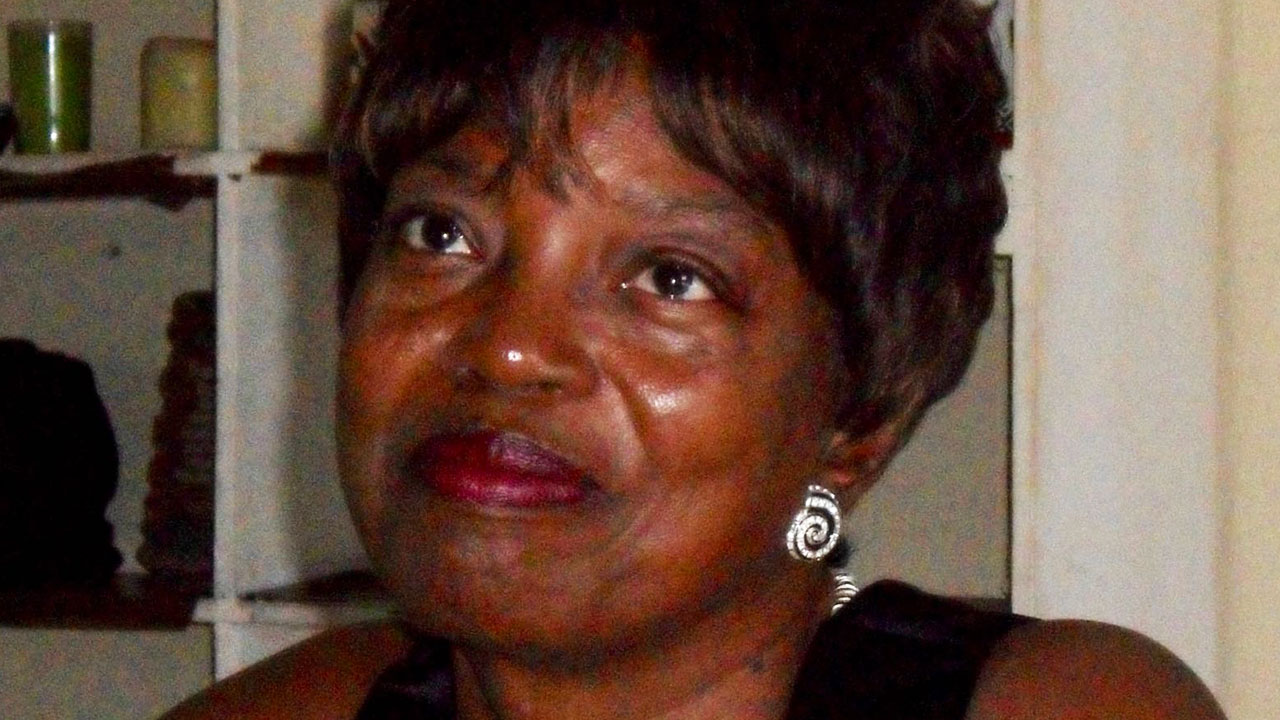 Providenciales, Turks and Caicos Islands – March 4, 2018 – Family, friends and community residents gathered this morning in the parking lot of Butterfield Square building, near Smart Grocery store to lend support to the vigorous search effort for a missing 69-year-old woman.

Shirley Walkin is a strong walker and beloved mother, sister and aunt and on Saturday around 6pm she left her daughter’s house in Millennium Heights en route to her son’s home, also in the phase two housing community but she never got there. 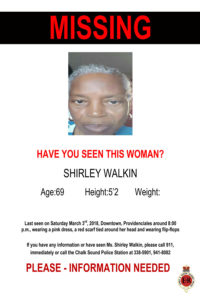 Four reports would surface hours later of sightings of Mrs. Walkin, who is described to have an early onset of Alzheimer’s disease.

One resident saw the lady in her bright pink gown and walking stick stride past her home, another said Shirley Walkin came to her door murmuring something unintelligible; that family explained to Mrs. Walkin that she had the wrong house and the woman left.  It was around 7:30pm Saturday when that encounter happened and the elderly woman was holding a container of food and her bible, along with the stick.

A third report said that it was round 8pm that Mrs. Shirley Walkin was seen at the top of Tom Lightbourne Drive, which meets Millennium Highway at the junction of Grant’s Gas Station.  It appeared that the woman, dressed in pink with her walking ‘switch’ was headed to the phase one community.

The fourth and final report of a sighting of Shirley Walkin came around 8:45pm, where the older woman was seen crossing the street near the PDM Headquarters.  Her attempt caused a small traffic jam, but the family was informed that their mother made it over safely.

The family is gravely distraught at this hour.

Police have issued a missing persons poster and there are scores out looking for the 69-year old.  Police began searching since Saturday evening for the missing woman.

Volunteers and Relatives fanned out around 11:30am this morning into the Glass Shack, Kew Town, Five Cays and Bight communities.

Additionally, there are radio announcements including by VHTC, Tropical Vibes and IslandFM, social media posts, the Member of Parliament, Delroy Williams is out on the search and Premier Sharlene Robinson this morning issued social media notice with a photo of Shirley Walkin, asking for help and giving a contact number for information.

Digicel has issued a text message to support the search effort.

Up to the time of this report, Mrs Walkin remained missing.

Many pastors and churches are praying for this eventful 18 hours to end with the safe return of Shirley Walkin to her loved ones.