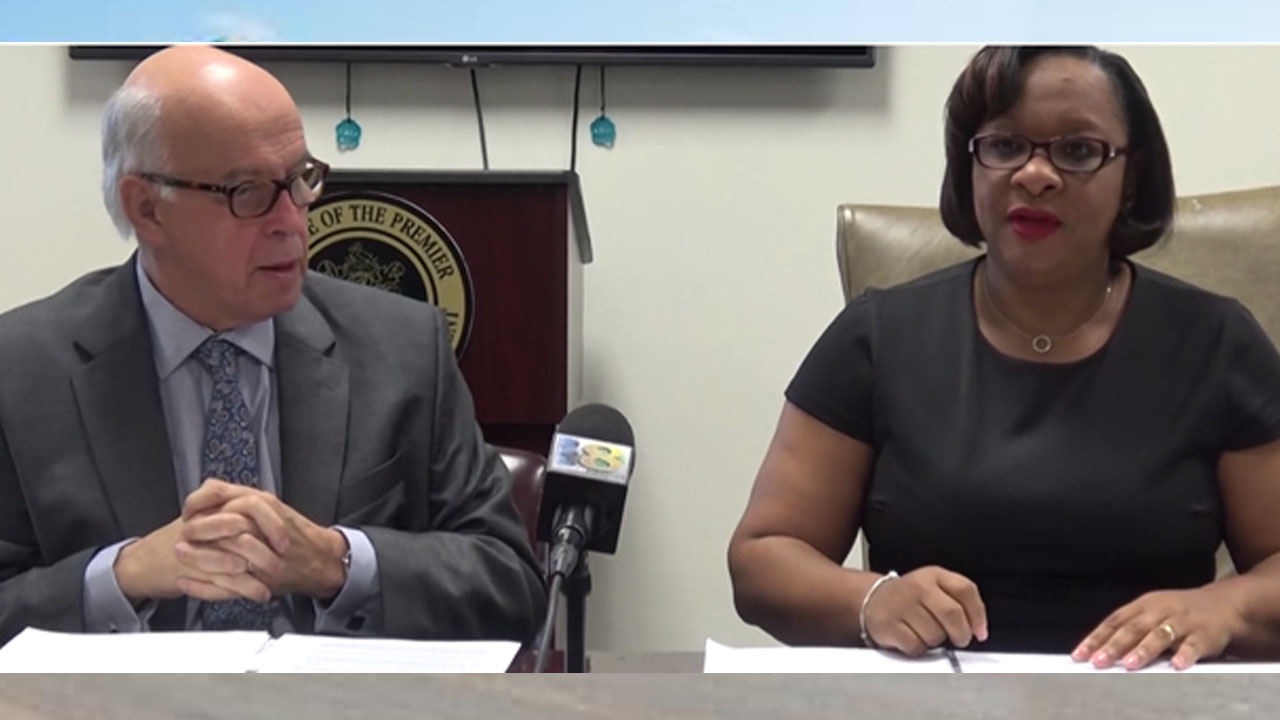 “We would not be doing this if this was not going to offer the opportunity of genuine improvement and limited risking of these bodies.  We started out because we had concerns and of course the NHIB (social health care board) was of a particular concern, but there were also more general ones… so yes,  we think it will be better,” shared Governor Dr. John Freeman during the press conference to announce that the report was completed and available to the public.

Premier and Finance Minister, Sharlene Robinson added, “The public needs to understand that this exercise speaks to good governance overall but specifically the public wants to ensure that we are limiting government to financial risks.”

Reference was made, by both Governor and Premier, to the consistent budget-busting cost of medical care referrals for treatment abroad tied to the nine year old social health care plan.  The announcement of a review of statutory boards came in November 2016, following a $2m overrun at the National Health Insurance Board (NHIB)

“We actually had a presentation from the reviewer and we discussed this and we have moved very quickly through Cabinet because we deem it very important.  While we ensure that we going to engage the statutory bodies, it is not going to be a long projected exercise we are going to move as quickly as we possibly can… to ensure there is good governance…”

The Turnbull Report exposed old and new problems of the 13 Statutory Boards reviewed, and among the most prominent concerns are that the Boards are staffed with unqualified people, that some individuals were receiving inflated compensation and that all but one board had no strategic plan.

“The Consultant concluded that there is a lack of strategic planning and systemic organizational and senior leadership performance management which has created a culture which does not promote effective accountability, shared Governor, Dr. Freeman.

The Governor explained that he was reading a consolidated version of the actual report, adding that the Consultant found areas which Statutory Boards were not eager to embrace and others that question how selection of board members are made by the various leaders.

“He observed again, that some board members held no relevant qualifications or experience under the provisions for which they were appointed.  It is therefore doubtful that the members could effectively contribute on strategic or operational matters.”

It is a widely held view that the board appointments by successive political parties elected as government are given as tokens of appreciation to staunch party members.

Next for the Governor, Premier and relevant Ministers is to hold meetings with each Board reviewed by Mr. Turnbull.

The Premier has six boards within her portfolio, the Home Affairs Minister is with one, as is the Minister of Education and the Minister of Health, who jointly shares responsibility for the NHIB with Finance.  The Tourism Minister oversees two of the boards and the Governor has oversight of three statutory bodies.

The Press Conference was held at the Office of the Premier, Hilly Ewing Building on Thursday March 1, 2018 at 9am.