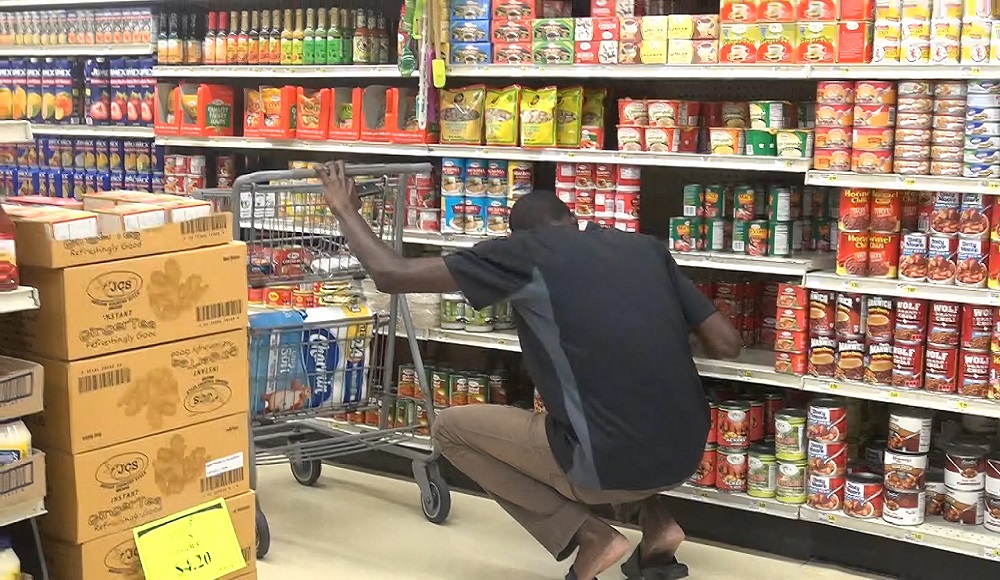 #TurksandCaicos, September 20, 2017 – Providenciales – Stores are rationing supplies to ensure that everyone gets a little something ahead of strong #hurricaneMaria.    Water and ice are among the items which have to be limited per household.   While the entire Turks and Caicos tries to prepare for the approaching hurricane, there were efforts to see electricity restored by FortisTCI, schools rebuilt in Grand Turk led by the UK Commandoes and made easier with the arrival of British frigate, Mounts Bay and humanitarian efforts including hot lunches by FortisTCI in two communities and supplies distributed at Harvest Bible Church.

Tarpaulins, blankets and hygiene kits were given to residents who braved the heat to get their hands on the thoughtful gifts from the church and its international partners.    Over 800 of those care packs were given out today alone and this was the second day of an effort which on Monday involved Mission of Hope Haiti and which got to those in need in Five Cays, Blue Hills and the Bight.