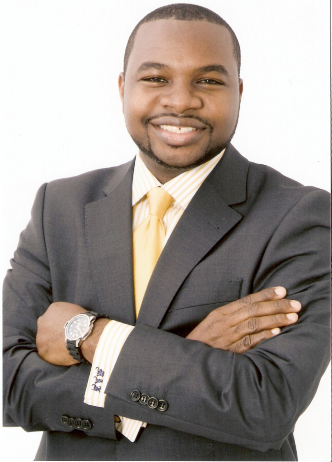 PROVIDENCIALES, Turks and Caicos – The Procurement process has long been bemoaned as tedious and the reason some projects and government work seem to take forever when it comes to seeing the light of day.  Still many residents agree with a recent posting by former North and Middle Caicos candidate and attorney, Mark Fulford who said work needs to get started on reconstruction of government sites.

Fulford pointed to the Grand Turk located, JAGS McCartney International Airport, which he explained he has recently visited.  The businessman said this of the facility, “Coming through the airport is an unreal experience, but it has been nearly two months since the hurricanes have hit.  Why has the government not started to pump money into our Capital to get it up and running.  Wasn’t that what the British troops were doing?  There is no evidence of that.”

Fulford is asking why the CCRIF claims monies collected, a reported $13.6m, are not being spent to spruce up Grand Turk, adding that one’s baggage at the airport is offloaded onto the side of the road and that there remains a gaping hole in the terminal building.

The scathing rebuke for the lack of reconstruction work at the JAGS McCartney International has elicited reaction from the Turks and Caicos Islands Airports Authority, TCIAA.

“All Airports within the TCIAA Portfolio were affected by Hurricane Irma and then again by Hurricane Maria. Proper assessments have been carried out to access the amount of damage caused by the storms and all efforts are being made to have full restoration as soon as possible. The TCIAA is in fact a Governmental body and is indeed bound by the Public Procurement Ordinance and other relevant policies and procedures that must be followed in order to proceed with works.”

Fulford’s appall did not stop at the airport though, he was critical of the situation of Government entities which have been either left homeless or have had to be relocated, many times.  Fulford said the officers have no access to important files, some are without electricity and internet connectivity and said the haphazard working conditions are the reason the Treasury’s system in Provo keeps going down; it has led to excruciatingly long lines.

Fulford, a member of the Opposition PNP also had a list of suggestions including: do away with the red-tape of bureaucracy and issue government office rebuilding contracts; buy commercial generators and use them to power government departments until power is restored; upgrade existing computer servers with a dedicated generator; provide temporary satellite internet boxes for various government offices and remove hurricane debris by issuing contracts for the work.