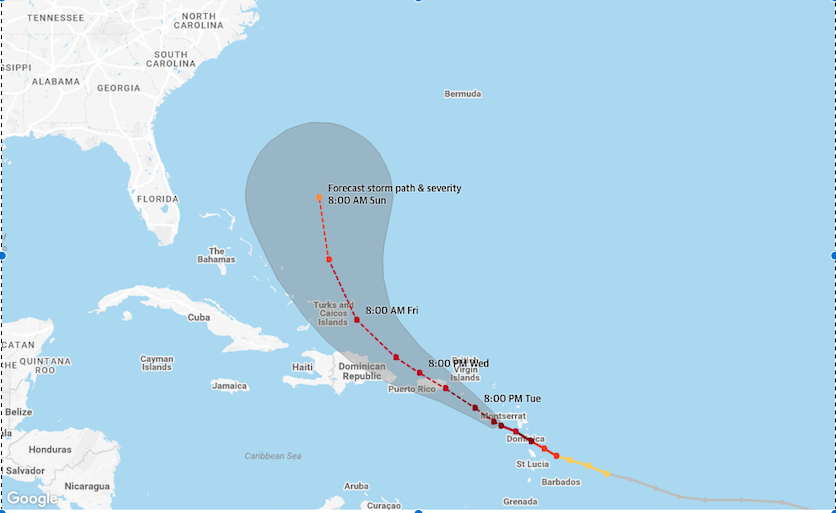 Turks and Caicos, September 19th, 2017 – Providenciales – It’s only been 12 days since the Turks and Caicos Islands were shocked by Hurricane Irma, and now Premier Robinson is warning residents to prepare for Hurricane Maria.

Like Hurricane Irma, Hurricane Maria is also a category 5 Storm and has already caused extensive damage to islands throughout the Caribbean. The Premier also revealed that Hurricane Maria “is forecast currently to be possible on Thursday and Friday of this week.”

The Premier added that her government would be preparing shelters as was done for Hurricane Irma. Hurricane Maria is currently moving with sustained winds of 160mph. As at 11am, the national hurricane center reported that there might be some fluctuations in the hurricane’s intensity over the next two days. However, it still remains an extremely dangerous hurricane whether it dips to a category 4 or remain at a category 5. Hurricane Maria will hit the Virgin Islands and Puerto Rico next. However, other islands are also bracing for the effects of Hurricane Maria. St. Kitts and Nevis for example remain under Hurricane Warning.