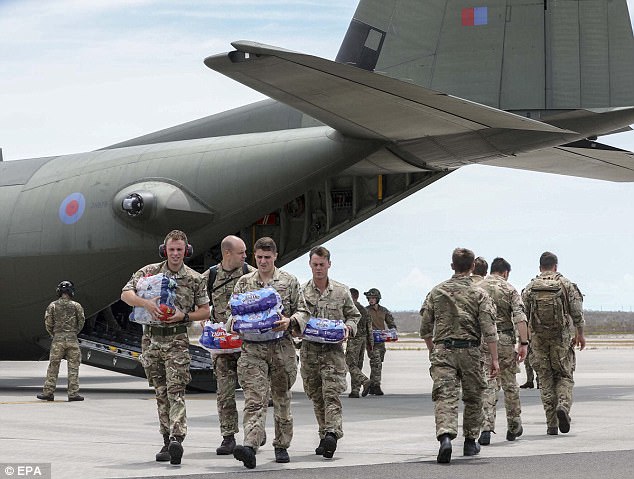 Turks and Caicos, September 19th, 2017 – Providenciales – Despite talks of relief being provided by the TCI government and government assisted agencies, there is still a cry from the people who remain with little to no basic supplies since the passing of hurricane Irma. As a result, Premier Robinson recently issued an official statement detailing the reconstruction efforts being made.

Premier Robinson said that her government has been occupied with providing help to those that need it most, especially persons in the family islands. At a recent press conference, she also turned down rumors that the government was not distributing supplies to residents. The statement revealed the following:

“UK military have been helping to clear debris and repair buildings in order to restore services. For example they have cleared out several Government buildings including the Treasury to allow reconstruction to commence. In South Caicos, the UK military have made repairs to the clinic, decontaminated water storage tanks and have cleaned up primary and high schools anticipating their reopening. The UK military are working closely with the Bermudan military, who have sent 30 of their rank to assist in Grand Turk, and the Canadian military who have a frigate ship based off South Caicos from which they to are assisting the local community, not least with provision of water. The UK’s Department for International Development has delivered 400 shelter kits and 655 litres of bottled water to South Caicos. Yesterday in Provo, UK Aid delivered 276 shelter kits, which include two 7×5 tarpaulin sheets and 24m of rope each, these are vital for repairing roofs. UK Aid will shortly be delivering a health kit to South Caicos, which contains enough vaccines for 10,000 people for three months.”

At the recent press conference with CARICOM heads, Premier Robinson explained that unlike in the family islands where goods are being distributed door to door, if residents are in need of supplies, they will have to go to the shelters to receive them.

Since Hurricane Irma, the Turks and Caicos Islands have received aid from the UK, Canada, Cayman Islands, Bermuda and other governments and by regional and other international bodies and organizations. The Minister of State, Lord Ahmad, Chairman of Caricom, Prime Minister (Grenada) Hon. Dr. Keith Mitchell and other regional dignitaries have visited the islands.