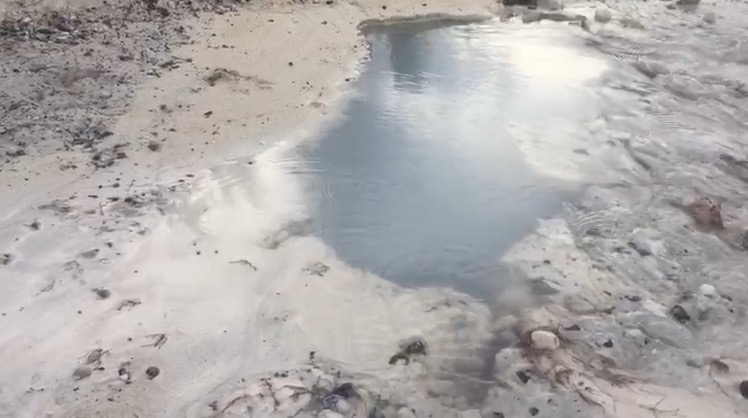 Turks and Caicos, September 7th, 2017 – Providenciales– The first signs of Hurricane Irma may have made its way into the Turks and Caicao already as pipeline pressures caused a hole to form in one of the roads in Blue hills.

Official reports indicate that the cracked road created a waterspout and sinkholes in the Blue Hills area this morning. However, Magnetic Media understands that persons from the department of public works have been informed and are currently at the scene.

This and many other damages are expected to hit the islands of TCI as the category 5 Hurricane travels nearer. According to the Bahamas department of Meteorology, Hurricane Irma will move it ways through Grand Turk, South Caicos then in the direction of Providenciales and West Caicos.