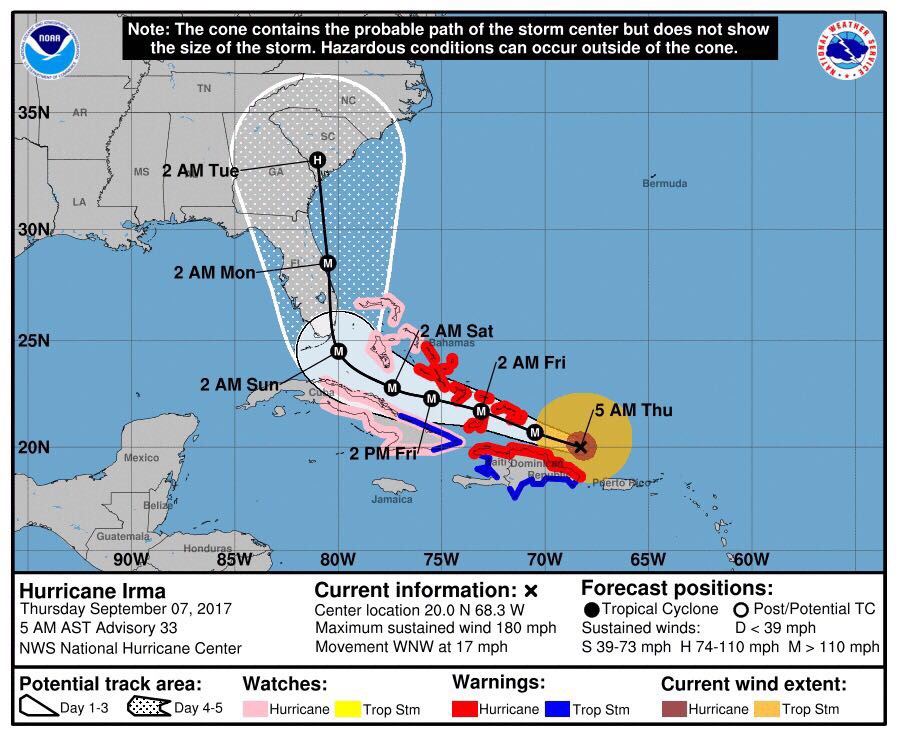 Turks and Caicos, September 7th, 2017 – Providenciales – As residents of the Turks and Caicos Islands fear the worst of Hurricane Irma, the Minister of Home Affairs, Transportations and Communication, Delroy Williams and the Minister of Border Control and Employment, Sean Astwood continue to urge the public to seek shelter.

In a video circulating on social media this morning, Min. Astwood says, “we’re expecting high storm surge” with Min. Williams adding, “please go to the shelters now.” These ministers along with the Premier and even the Queen continue to warn residents and visitors who remained on the island to prepare and protect themselves as Hurricane Irma gets closer to the islands.

As of 9:30am, Tropical storm force winds could already be felt in South Caicos and at 1pm West Caicos will begin to experience the same. The Bahamas department of Meteorology predicts that, as early as 2:30pm Grand Turk will begin to get hit with hurricane forced winds and by 7 tonight Hurricane Irma would spread to West Caicos.