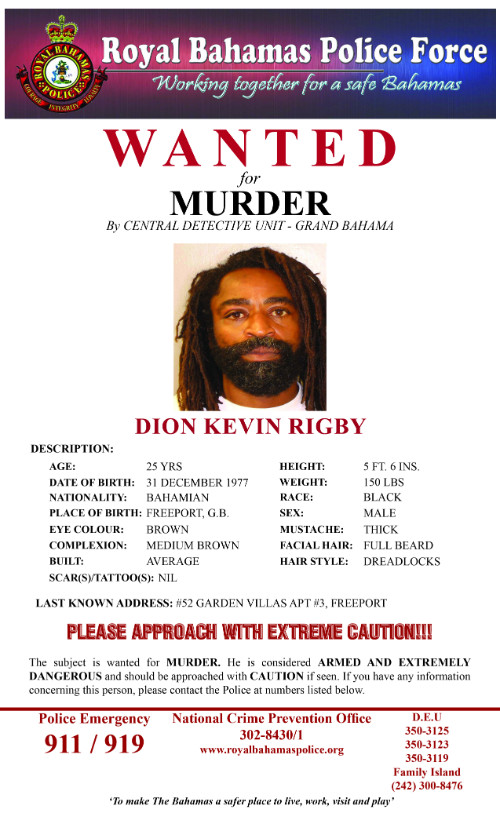 Bahamas, September 13, 2017 – Grand Bahama – Police in Grand Bahama need your assistance in locating two males who are wanted by the Central Detective Unit for Murder.

The first suspect is Dion Kevin Rigby of #52 Garden Villas Apt #3, Freeport. He is described as standing at 5’6” in height, weighing 150 lbs. with medium brown complexion, average built, full mustache, beard and dreadlocks.

The second suspect is Donovan Hanna age 25 years of #64 Frobisher Drive, Freeport. He is described as standing at 5’8” in height, weighing 160lbs. with dark brown complexion and average built. 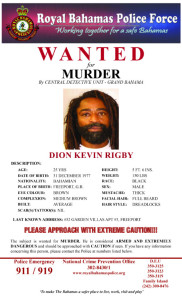 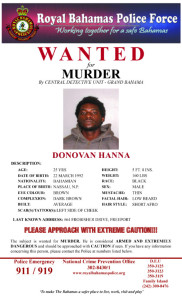 Both males are wanted for MURDER, and are considered to be ARMED and EXTREMELY DANGEROUS and should not be approached if seen. If you have any information concerning these persons, please contact the police at the Central Detective Unit at telephone numbers 350-3107 thru12, 911/919, or call your nearest police station.