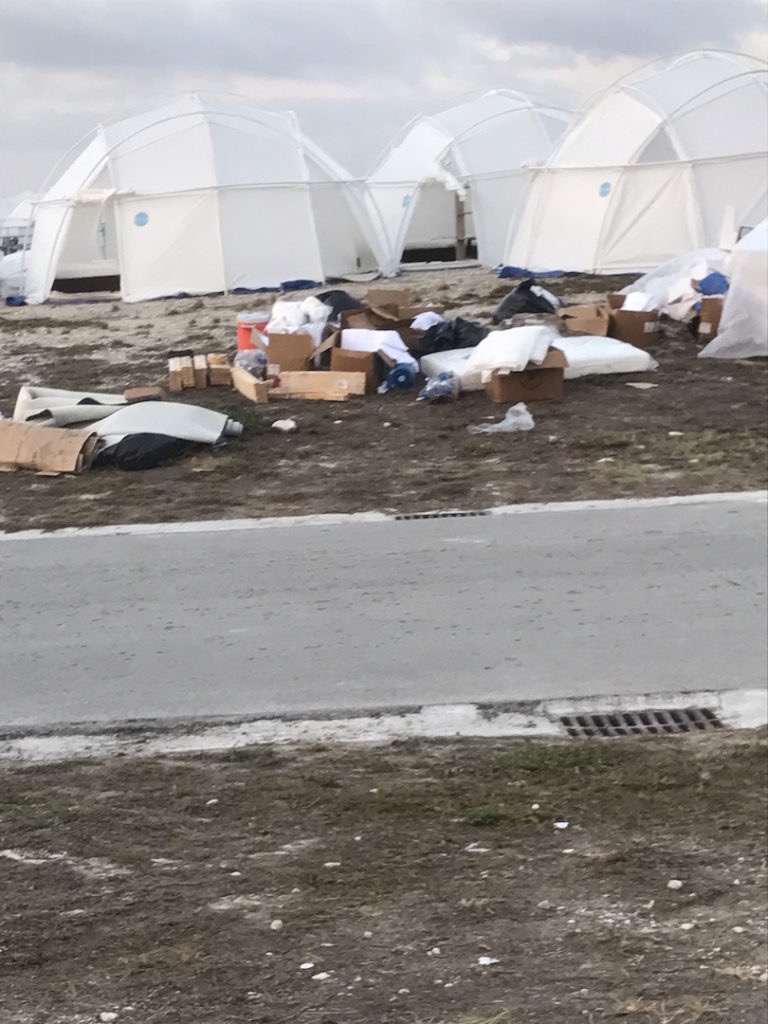 Bahamas, April 28, 2017 –Exuma – Hundreds of tourists are now left stranded, disappointed and crying for help on the island of Exuma. This comes as a result of an event called “Fyre Festival” scheduled to take place on the island beginning April 28th 2017. With tickets costing as high as $12,000, Festivalgoers were promised, “a cultural moment created from a blend of music, art and food”. The “Fyre Festival” was advertised to be two glamorous weekends, with villas, private jet skies, fully pampered services and celebrity citing such as Migos, Major Lazor, Blink 182, who has since pulled out from the event and rap star Ja Rule, who founded the event. However, when tourists flew in from far and wide, they were greeted with nothing of the sort.

Complaints and cries from ticket holders have now gone viral since many are reporting that they’ve lost their luggage including wallets and passports, fights have broken out and tents are even on fire.

One festival-goer, William Finley who has been documenting the entire event via social media stated, “In the week leading up to it, some things seemed like they weren’t as advertised. We gave them the benefit of the doubt and figured they’d pull things together before we got there.” He added, “And we were dead wrong. It was chaos. No organization, no one was in charge, there was just a line and no one knew what to do.”

Additionally, passengers on board chartered flights from Miami were not able to disembark the aircraft, and were told that Fyre Festival officials issued a statement saying “Due to over capacity on the island we need to cancel the flights to ensure the safety of our guests.”

The name Bahamas now has Facebook, Twitter and Instagram all buzzing with the horrifying reports from similar Festivalgoers who have all labeled the event to be a “complete disaster”. Reports also indicate when patrons arrived to the island to attend the event, which was supposed to compete with that of Coachella, they were greeted with half-constructed disaster tents, there was no security, mass disorganization and even the food provided was far below expectation.

Though the international organizers of the event including Ja Rule have issued statements taking full responsibility, yet is to be seen if this failed event would cause future backlash to the tourism industry of the Bahamas.