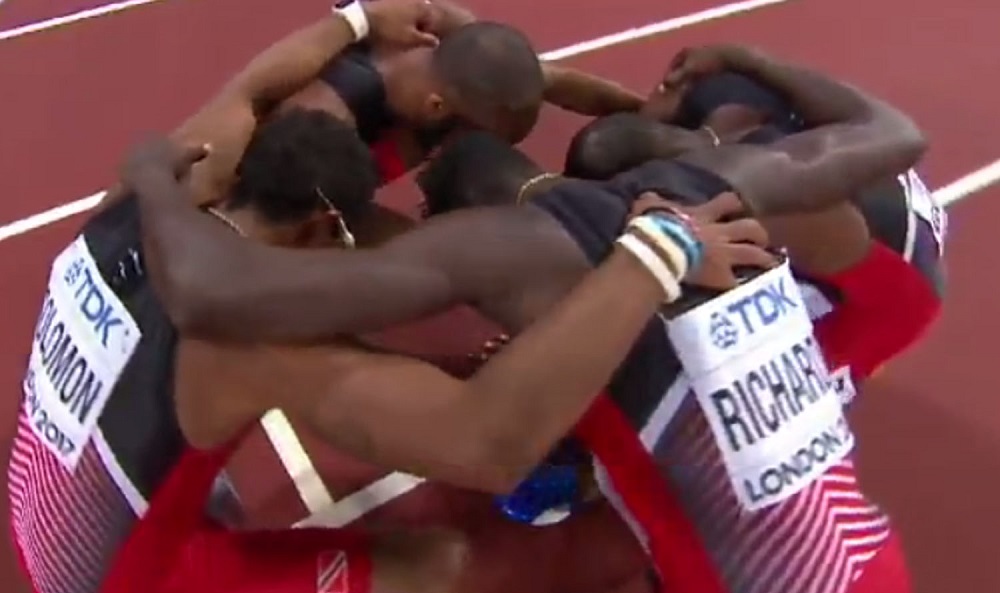 Starting out of lane seven was Jaron Solomon with a strong run; handing to Jareem Richards who put his team in outstanding position to win; Machel Cedinio who closed the gap and kept the British back and anchored by Lalonde Gordon who was flying, could not be caught to complete with the World’s Leading time 2:58:12 to take the GOLD in the fantastic race.

USA ends with silver as a nine time record at the #Championships is now smashed by T&T; “Trinidadians ran brilliantly…the Caribbean nation have never taken gold in this event but they have now.”

#GreatBritain finishes with bronze and without the TCIs Delano Williams.   Its another disappointment for Williams; his times have reported wavered and it may have cost him a spot on the team.

#MagneticMedia is awaiting an official statement.  Just an amazing show but sadly without the Grand Turk runner.