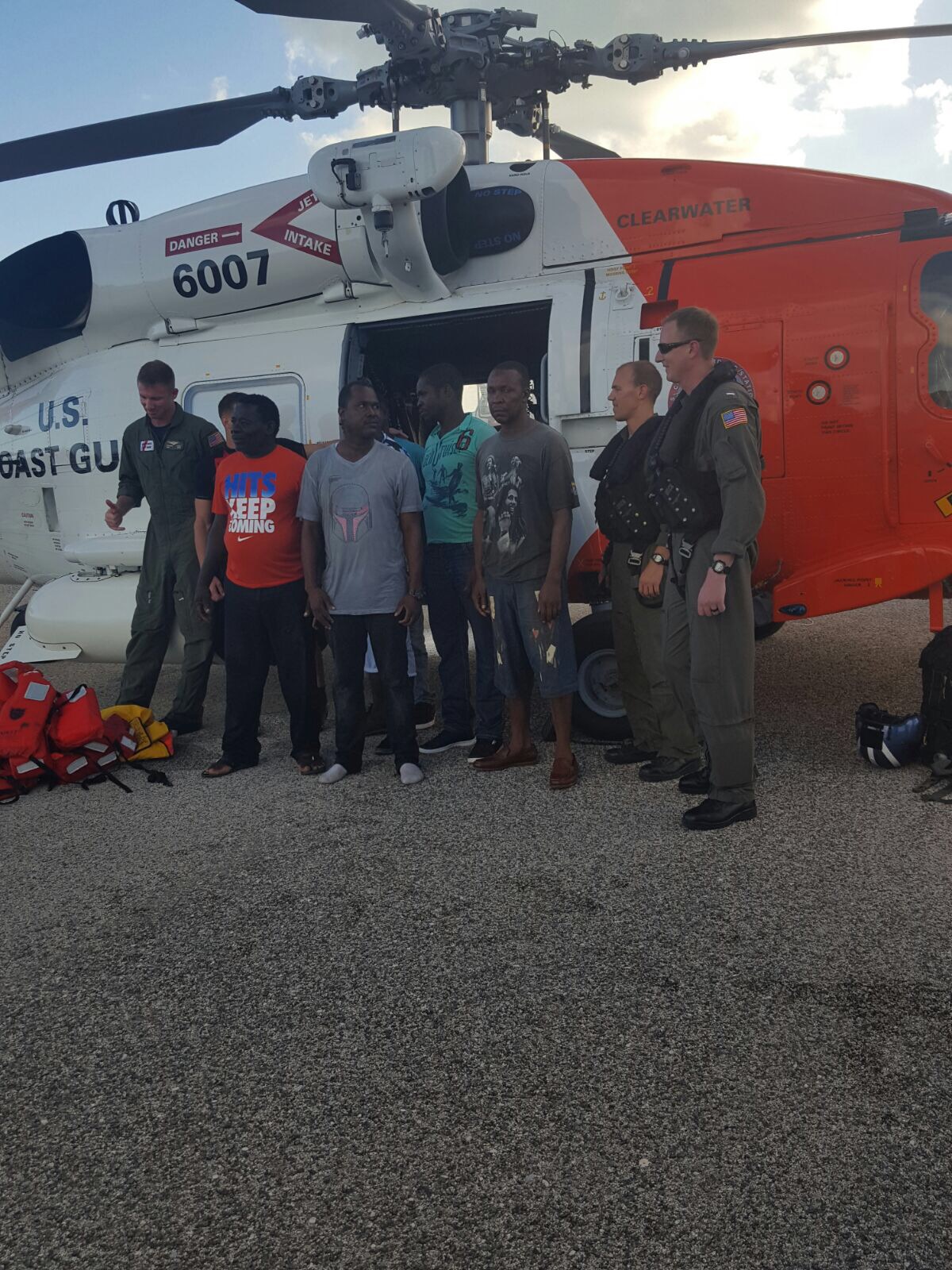 Turks and Caicos, July 3rd 2017 – Providenciales – Six Haitian men were rescued in TCI waters by a U.S Coast Guard chopper named Clearwater. According to reports, the six men were found using empty drums in an attempt to stay afloat, when the Coast Guard chopper discovered them. Their boat, which left Provo at around 3pm, sank 25mls South West of Provo.

The men claimed to have purchased a boat in the Turks and Caicos and were  traveling  back to Haiti when the pressures of the sail became too much for their new vessel. They were rescued by Coast Guard officials and taken to the immigration department for processing.