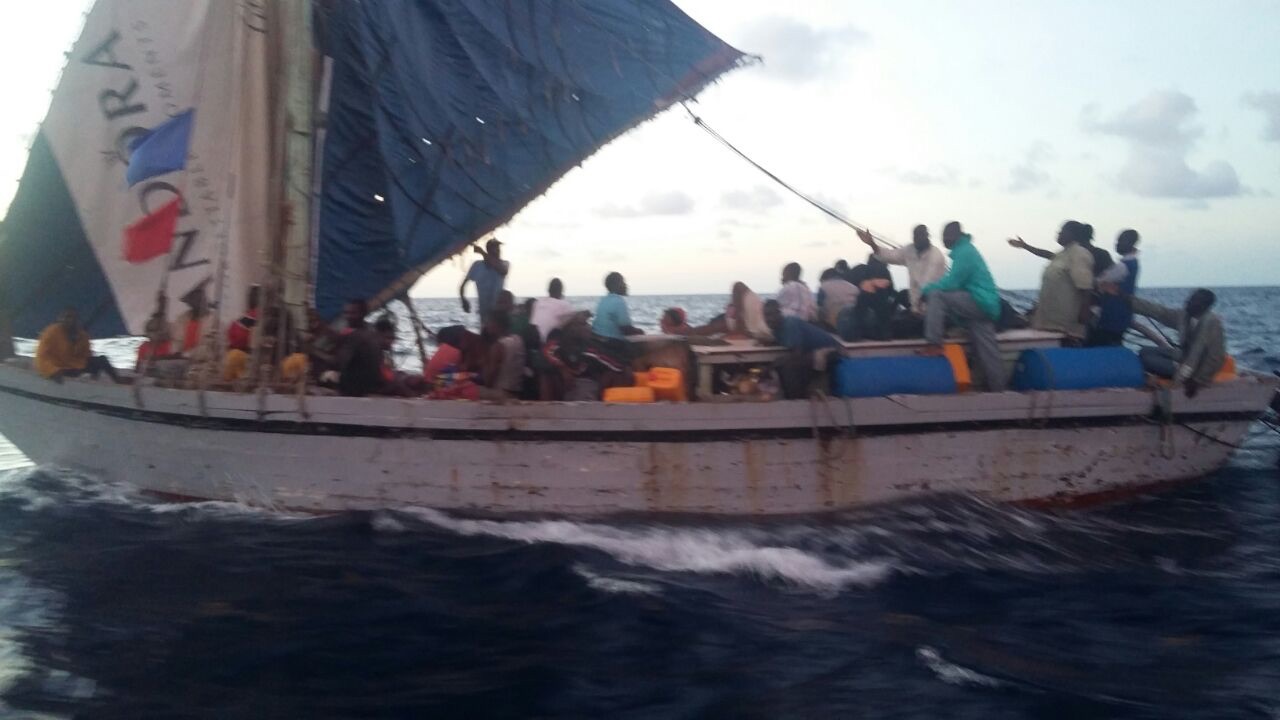 Coral Harbour Base, 8 Aug. 15: The Royal Bahamas Defence Force patrol vessel, Her Majesty’s Bahamian Ship Leon Smith apprehended a Haitian sloop west of Ragged Island this evening with an undetermined number of Haitian migrants on board. The migrants will be transported to New Providence where they will be handed over to Immigration authority for further investigation.

Last week Wednesday Defence Force Marines apprehended eight Cubans in a makeshift vessel in the Gulf Stream west of West End, Grand Bahama. Altogether, the Defence Force has apprehended or assisted in apprehending almost 1,000 migrants for illegal entry into The Bahamas This year.