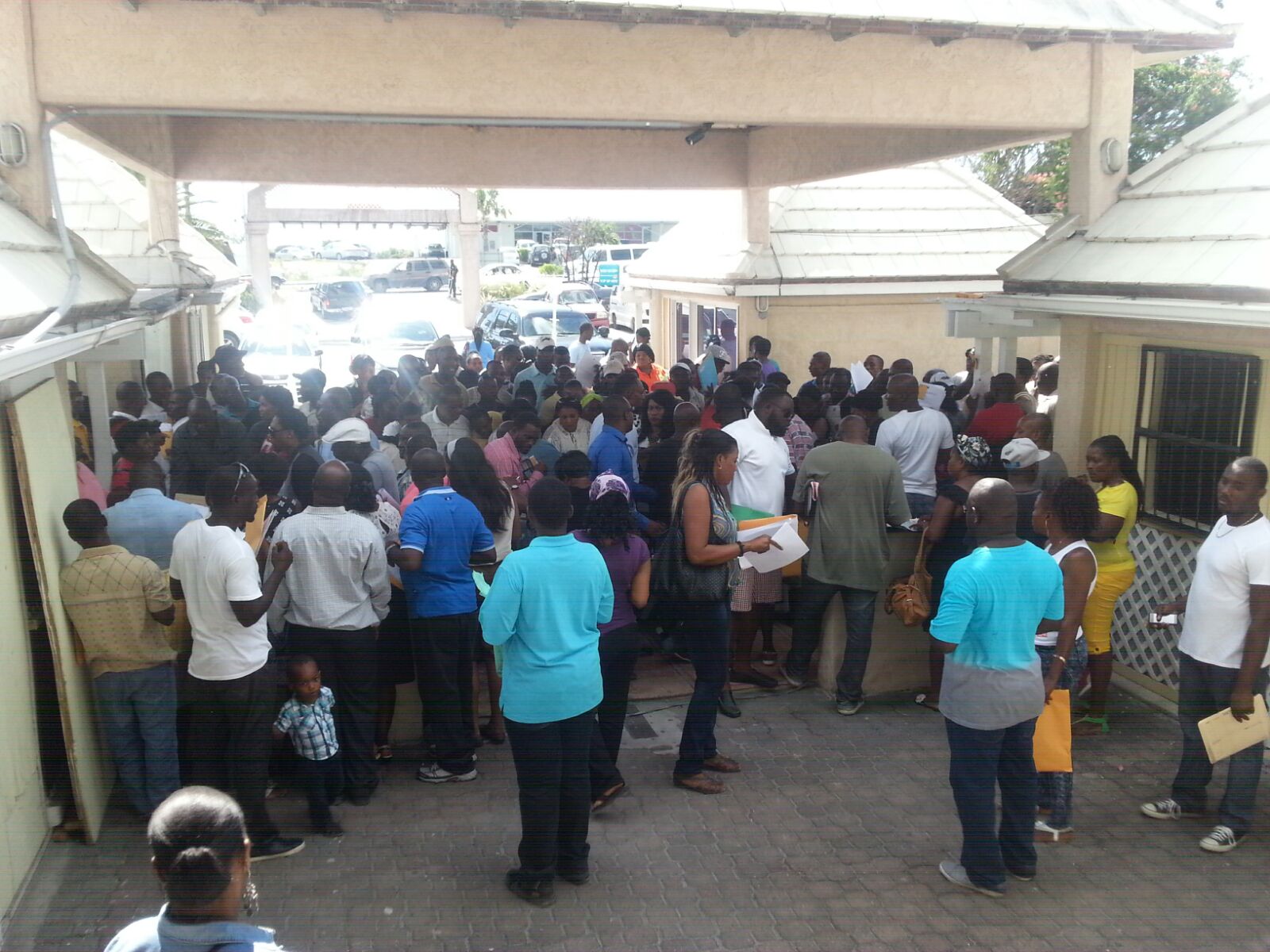 Providenciales, 23 Nov 2015 – Resident Haitians are under the wrong impression and hundreds have turned out to become Turks and Caicos Islanders to ultimately gain the right to vote.

Hundreds have been amassing at an independent voter registration drive with documents ready to apply for Belonger status, but that is not available through the civilians conducting the drive .

The miscommunication and misunderstanding, Magnetic Media is told drew the legal Haitian population out in hopes of getting both the Belonger Card and the right to vote in 2016.

So far no officials have been on site to clean up the mess and it appears that the civilians behind the voter registration drive are collecting documents on behalf of Immigration department.

Magnetic Media visited the Department of Immigration and it was confirmed that there are no officers there on behalf of the Department. It was less clear whether these individuals on the ‘drive’ are authorised to function as a conduit for the One Stop Shop of the Ministry of Border Control and Employment.

Some reports reaching our newsroom is that there is ‘funny’ business taking place with the rush of Haitian residents turning up at the drive. However when we spoke to PDM Deputy leader, Sean Astwood he said he could not say if there was anything illegal happening. Astwood is on the scene, quietly observing.

It remains concerning though that neither the Government, the Ministry, Immigration or Elections Offices or the Opposition Party have checked on or halted the collection of documents for Belonger Status candidates.

Immigration advised that no one but them is authorised to collect such documents and vowed to check the situation out.

Haitians who responded to the hearsay are not moving off of the lines at the Markeplace despite clarifications coming from leaders in their community. Some told Magnetic Media they will remain until 11pm as they believe this is their chance to get Belonger Status and to get registered to vote.