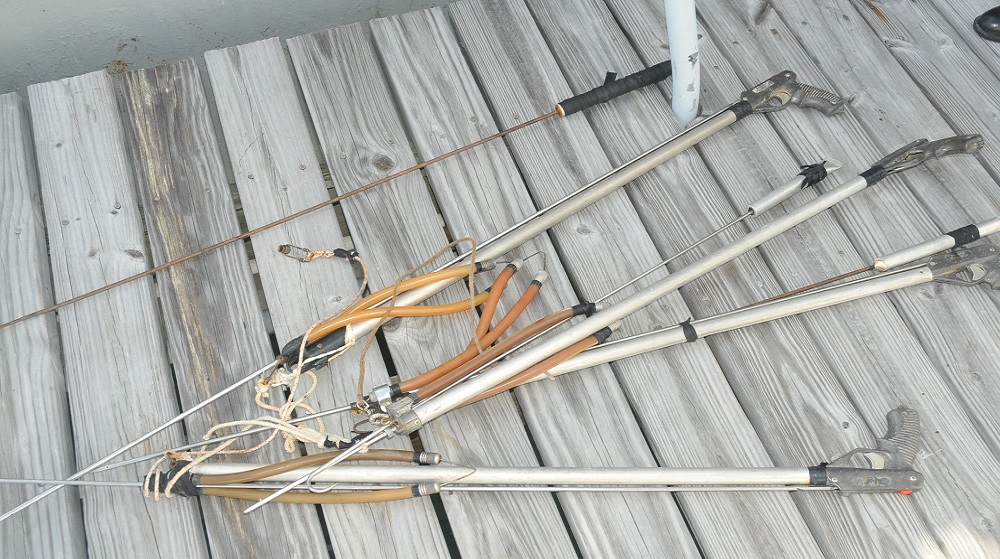 Bahamas, July 27, 2017 – Nassau – Royal Bahamas Defence Force Harbour Patrol vessels have made several arrests in the areas of Nassau Harbour and the outlying islands involving illegal possession of spear guns and air compressors, as well as undeclared ammunition in four separate incidents over the past week.

On Sunday 22nd July, a Bahamian vessel was boarded and searched by a Harbour Patrol Unit team where two air compressors were found without corresponding permits. The compressors and occupants of the Bahamian vessel were handed over to Marine Resources Unit authorities for further investigation.

While on routine patrol on Monday 24th July, patrol craft P-111 boarded and searched a vessel in Nassau Harbour. The boarding team discovered 3 spear guns on board. The captain was subsequently handed over to Bahamas Customs and fined $1,000.00; the spear guns were confiscated. Over a week prior to the incident, the captain of another visiting vessel was fined $600.00 for having a spear gun on board.

Later that evening, the RBDF boarding team conducted a search of a vessel off Rose Island where marines discovered a large quantity of undeclared 9 mm ammunition on board. Upon further investigation, it was discovered that the first mate and another crewmember, both Americans, had overstayed their time in The Bahamas, by 9 days and 7 weeks, respectively. The captain was fined $1,000.00 for the undeclared rounds by Bahamas Customs; and The Bahamas Immigration authorities are investigating the matter of the visitors overstaying their time.

Also, that day, the captain of another vessel was arrested and handed over to Bahamas Customs for being in possession of 15 (9 mm) undeclared rounds.

The RBDF remains intent on securing our borders.