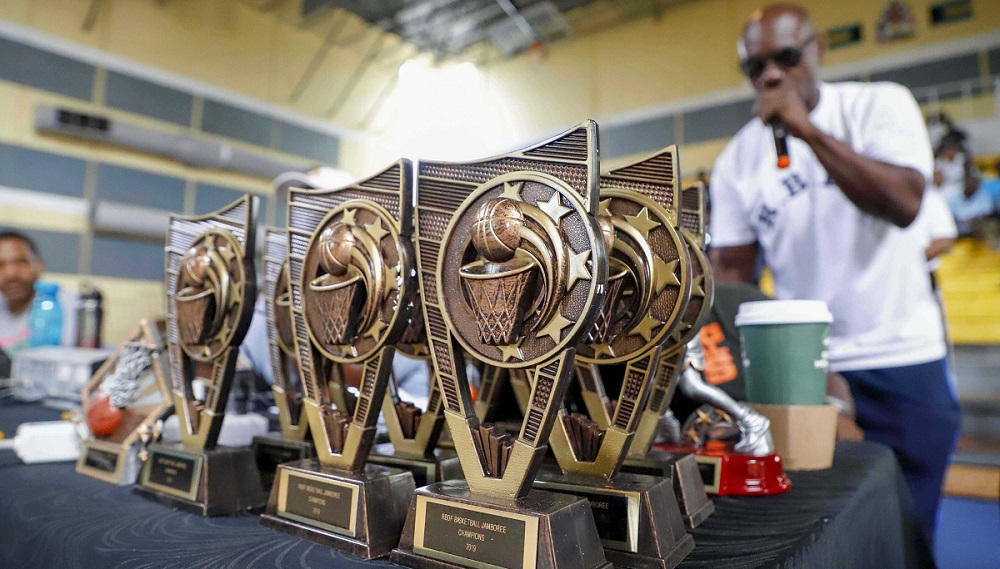 Coral Harbour Base, August 9, 2019 – Bahamas – A cross section of Officers and Marines from The Royal Bahamas Defence Force took time away from their stressful duties to exert some energy and experience bonding through friendly competition in the form of an inter-rate and rank basketball tournament.

Organized by the Training Department, teams from the Officer Ranks, Senior Rates, Leading Seamen, Able Seamen and Marine Seamen faced off with each other.

After a long day of back to back games and eliminations, two teams were left standing to compete for the championship trophy – The Great 108 and The Shooters.  However, after all the sweat, intense competition and crucial calls late in the game, The Great 108 managed to hold off The Shooters by 1 point for a final score of 31-30.

The basketball tournament was a continuation of this year’s sporting events to foster camaraderie and team-spirit among the men and women of the Force.  The Defence Force remains committed to Guarding Our Heritage.