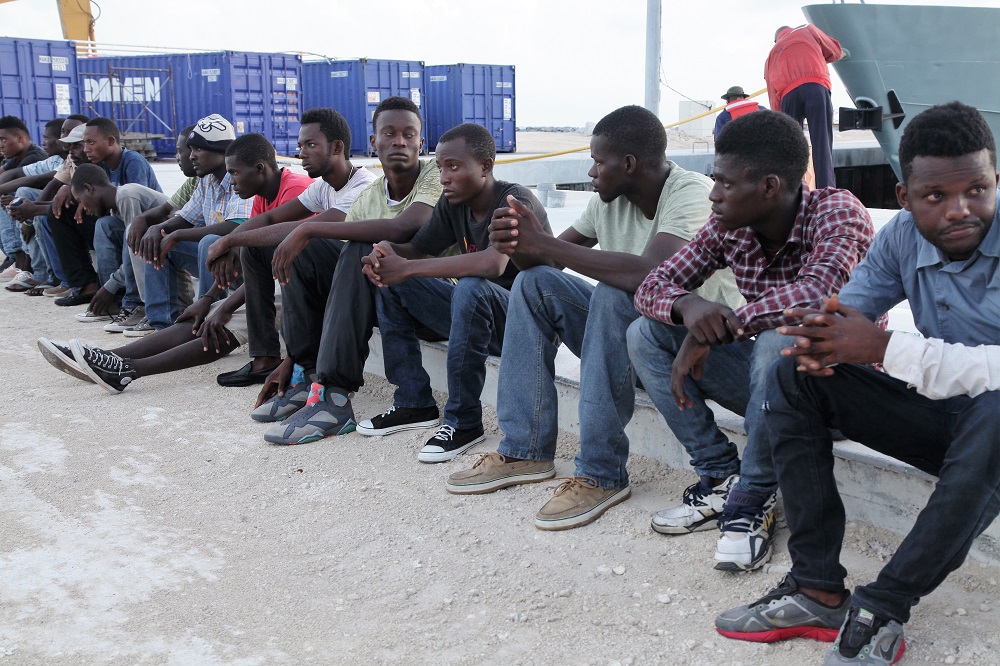 Bahamas, July 31, 2017 – Exuma – The Royal Bahamas Defence Force on Sunday assisted Police and Immigration officials in Exuma with the transport of a second group of migrants to be apprehended in The Bahamas within a week. 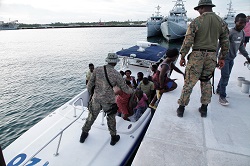 This second group was apprehended off Humming Bird Cay near mainland Exuma around 9:30 a.m.   Sunday morning by Police and Immigration officials stationed on the Island. Upon boarding the 30–ft. wooden sloop, approximately 57 undocumented Haitian migrants were found.

The Defence Force fast patrol craft, HMBS P-49, coxswained by Chief Petty Officer Clyde Burrows along with another RBDF craft assisted in this effort.   The migrants – 49 males, 8 females were transported to the Capital for further processing.

On Tuesday past, 120 Haitian nationals were apprehended off the island of Long Island.

Header photo: Some of the Haitian migrants waiting to be processed on July 30, 2017. They were apprehended in the area of Humming Bird Cay near mainland Exuma.

Insert photo: RBDF Marines assisting some of the Haitian migrants after arriving in the capital on July 30, 2017.   They were apprehended in the area of Humming Bird Cay near mainland Exuma around 9:30 am.