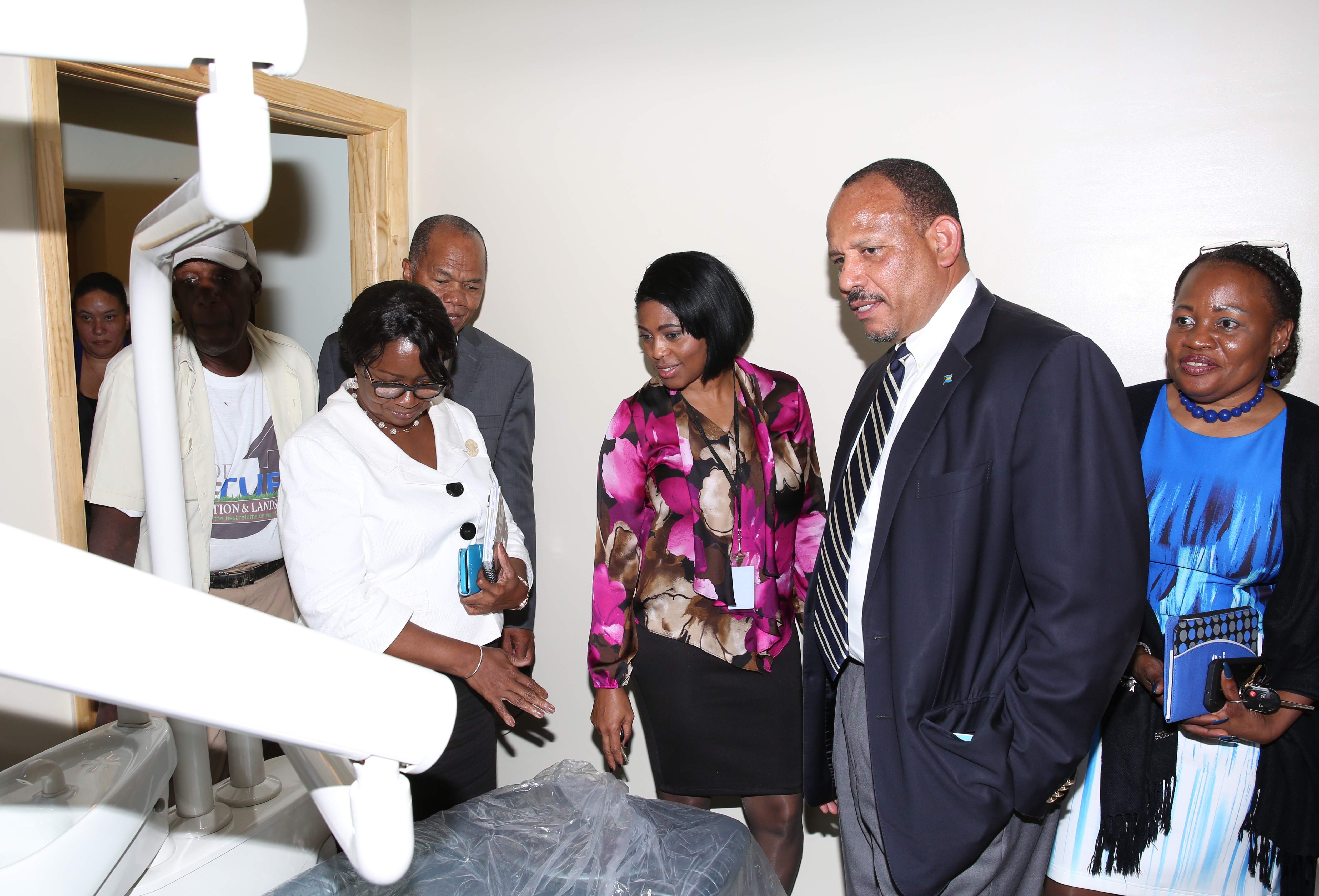 Bahamas, June 27, 2017 – Grand Bahama – Health Minister, Dr. the Hon. Duane Sands, said he was “impressed” with the work being done in healthcare services in Grand Bahama. The Minister was on the island for his first official tour of the healthcare facilities on Friday, June 23, 2017.

Having toured the rest of the island, the Minister also took the opportunity to apologize for not getting to East Grand Bahama, but assured residents that it would happen on another visit.

“There is obviously an awful lot of activity going on in healthcare in Grand Bahama and I must say that I’m absolutely impressed by the work being done by the Grand Bahama Health Services and the Public Hospital Authority. I think Bahamians should be absolutely proud of the phenomenal work being done on their behalf throughout this system. It’s a unique system where there’s an absolutely holistic approach to healthcare with the central hospital, the Rand, being tied to a number of peripheral clinics – many of which are being upgraded.”

The Minister described his tour of health facilities, beginning with the Rand Memorial Hospital — which he noted is undergoing much renovation and is on track to bring to Grand Bahama a cancer treatment centre, or oncology unit, which will probably be located at the Eight Mile Rock Clinic.

Minister Sands commended the “committed and dedicated” staff of the Hawksbill Clinic, who see thousands of patients annually.

The Eight Mile Rock Clinic he described as “a mini hospital almost,” adding that so much is provided to the people of the surrounding area.

“Again, I want to commend the staff. I think Bahamians want to know we have several fully-qualified specialist practitioners who staff that facility, and a number of facilities throughout Grand Bahama.”

The newly-renovated West End Clinic was the next stop for the delegation. He said the clinic was state-of-the-art, and expected it should be opened within 30 days. “It is a facility that has spared absolutely no expense, in terms of providing value for the Bahamian public.”

He said, “Overall, as we look at the state of healthcare, at least the infrastructure, in Grand Bahama it is well positioned to manage virtually any of the challenges it could possibly face.”

The old IAT Building, located across the street from the Rand, the Minister further explained, will be the site of a primary healthcare centre. This will allow the ease of accessing primary healthcare services in a comfortable environment. This will permit the Rand to expand in various areas.