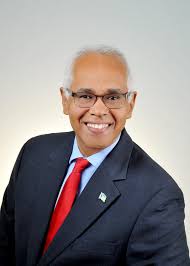 “There is more than Nassau to Miami, Nassau to Orlando and Nassau to Fort Lauderdale. We have been beating ourselves up with the Nassau to Florida route for so long, when there are so many other carriers that run that route,” said Tourism and Aviation Minister Dionisio D’Aguilar during the Budget Communication.

According to D’Aguilar, competing with private companies for domestic service routes should not be the Government’s priority especially as the airline is “cash-strapped.” However, he said, private companies should be allowed to flourish. “So, as capacity increases, I think we will slowly exit and use our aircraft and resources to try and establish more international routes to bring people here on more non-stop direct flights,” he said.