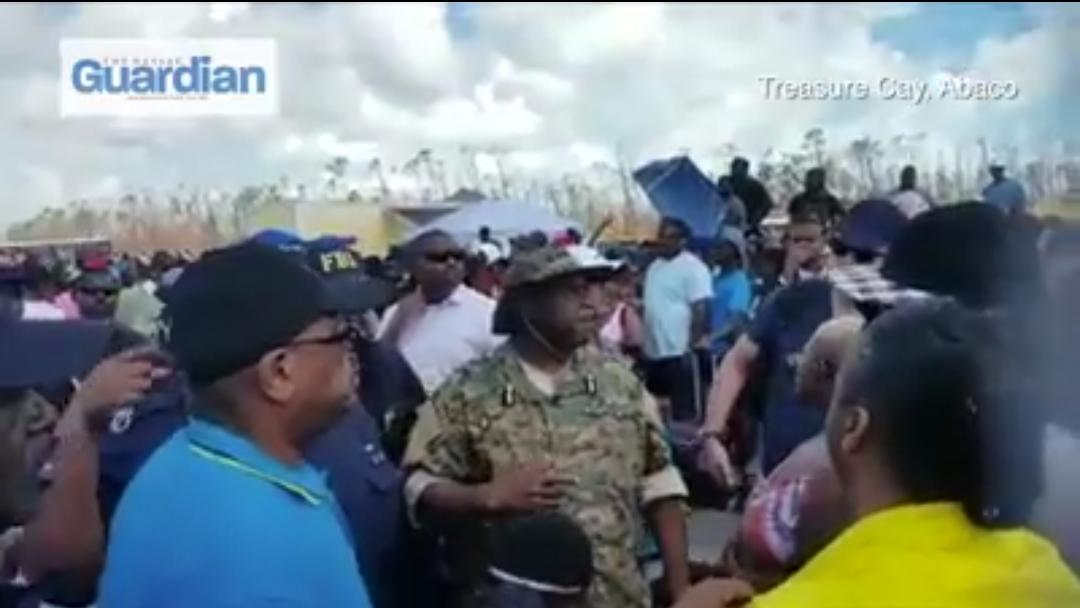 #Abaco, The Bahamas – September 7, 2019 — A crush of people was on Friday told by Prime Minister Hubert Minnis that there is a plan and that plan is to get them off of the island of Abaco, at the Government’s expense.

“Bahamasair will be moving in and out to remove you back to Nassau, there will be no charge.  Government will move you back and forth.  We are arranging accommodations for you, so that you can be placed,” said Dr Hubert Minnis, who was in Treasure Cay at the time.

As the country’s leader spoke, the mob became less aggressive, more attentive and seemed satisfied by the promises.

“The Minister of Education has also organizing the schools for the children, so we can have their education continuous.  So just be patient with us we are trying to do our best and move you all out as quick as possible.”

There had been criticism of Bahamasair for charging passengers for travel, once service resumed from the Treasure Cay, Abaco airport.

Today, more and more civilian reports of the stench of dead bodies and the unhealthy conditions of the parts of Abaco where last weekend’s Hurricane Dorian pounded the island.

The message from Prime Minister Minnis was also shared in Creole, for the Haitian community congregated at the site.

The video was shared on social media and stamped as a Nassau Guardian broadcast production.